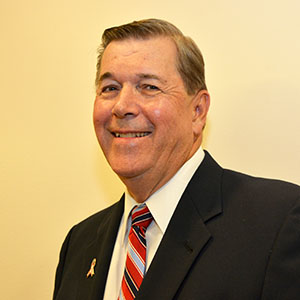 Aside from Webster, who wants her old seat back, former Royal Palm Beach Planning & Zoning Commissioner Darrell Lange is also seeking the post in the Tuesday, March 10 municipal election.

Swift, 70, is a 38-year resident of Royal Palm Beach who has served as a councilman on and off for more than 20 years. He lives in La Mancha with his wife, Nixie. “I moved here in 1978,” he said, noting that the population of Royal Palm Beach back then was just a few thousand people.

Professionally, Swift worked for 35 years at the South Florida Water Management District as an environmental scientist. As part of his job, he would go into the Everglades and collect water quality samples to document the relationship between runoff and effects on plant and animal life. Later, he moved on to the planning department and worked on projects focused on Lake Okeechobee.

He has also had a long career in public service. Before he was first elected to the council in 1985, Swift served as the chairman of the Royal Palm Beach Planning & Zoning Commission.

Swift retired from the SFWMD in 2011, and the state’s retirement system required him to leave his municipal post for at least a year. He resigned, and later mounted a successful challenge to Webster in 2013.

He highlights his top accomplishments as helping the village with its parks and finances.

“Overall, with the sale of our water utility and the current sale of the Crestwood tract, that has generated about $100 million in revenue for the village over the last nine years, and that’s what basically kept the village from laying people off and cutting programs over that period of time. Plus, we built a $23 million park,” he said. “I think those are very good deals for the village and will be good deals for some time.”

Veterans Park, Commons Park and the other 22 parks the village has are also important accomplishments, he noted, along with his work lobbying for the extension of State Road 7 to Northlake Blvd.

“I have a lot of experience,” Swift said. “I think I know how to resolve problems, especially when people are very heated.”

As an example, he pointed to the recent concerns regarding pedestrian paths at the north end of Commons Park. When there were concerns about the proposed path, village staff brought everyone concerned in golf carts to see where the proposed path would be set. The staff utilized GPS to show what the path would look like on the map. “Everybody went away happy,” he said. “I’ve learned a lot about how to resolve these kinds of issues.”

Over the next two years, Swift’s main goals include building a senior living facility at Commons Park and dealing with new development both in the village and nearby. “There are four large projects coming into the village. There are two large housing projects coming in. We’ll have to take a look at those and how compatible they’ll be for the people next door,” he said.

Most off all, his goal is to keep a council that continues to work together as a team.

“For me, I think the council works together well,” he said. “I think we’re recovering from the county commissioner campaign and who supported who and all that kind of stuff, but we’ll all get past that over time.”

The proposed charter high school on Okeechobee Blvd. is also an issue coming to the spotlight. “We have been approached by a real estate agent who would like us to consider that piece of land next to Porto Sol, and it is land that the village owns, and it is for a public purpose. We think a school is a public purpose, so we’re looking at it,” he said.

With many pros and cons about bringing a charter high school in, Swift said he’s interested in learning more. “There’s a lot of people in Royal Palm who would like to see another option for their children, and I’m certainly willing to look at this issue,” he said.

Swift was disappointed that the planned International Baccalaureate program did not materialize at Royal Palm Beach High School and noted that at least 1,000 village students go to high schools outside the community. That is a key factor in the charter school decision, he said.

“The questions I have are: How big of an impact would it be if they opened the school? Are they capturing kids from Royal Palm Beach High School or other schools?” he said.

Traffic has been a problem in Royal Palm Beach, and getting the delayed connection of SR 7 to Northlake Blvd. is a top priority for Swift.

“We are fighting for State Road 7. We want that connection to Northlake,” he said. “We’re going up to Tallahassee on [March 3-4], so we can meet with the legislators.”

Making the project move forward, finding funding and pushing for action is the main focus of the upcoming Tallahassee trip, he explained.

The rising costs of operating Commons Park have been a problem, but Swift said that there will be some public discussion soon about how much the park costs, how much it is being used, and about the various recreational programs that exist to determine whether the park programs are a good use of the village’s revenue.

“There is a lot of money being spent in recreation,” he said. “It makes sense to look at that carefully.”

Regarding the former wastewater treatment property recently sold to Lennar for residential development, Swift noted that the plan incorporates well into the surrounding neighborhoods.

“The folks clearly told us they wanted to have the same kinds of housing designs and setbacks as Madison Green and Saratoga, and they are,” he said. “We’ve done what they asked, and we think we have a product that is very similar to the surrounding communities.”

While his opponent Webster has expressed concerns with the plan, Swift wants to move forward. “I’m not ready to go backward on that. We spent a lot of time to get there. We have a park, we have lakes and we have specific setbacks in the site plan we provided. We are expecting them to meet the requirements that we gave them,” he said.

Over the next 20 years, the population of Palm Beach County is predicted to increase dramatically. That will require better regional planning, Swift said.

“We don’t have the long-term planning that we need. Along with The Acreage, Loxahatchee Groves and the Village of Wellington, we need to sit down and decide and plan for the future of these roadway systems and how people are going to get around,” he said.

As of now, Swift said, there isn’t a plan. “Understand that development is going to occur,” he said. “People are coming.”

For the future of Royal Palm Beach, Swift expects that there will be more benefits for residents, a senior living complex and planning for how to react for other developments such as Minto West.

Voters should vote for him, Swift said, for many reasons.

“I think, of all the people up there, I have the most history in Royal Palm Beach,” he said. “I’ve been involved in all the major improvements we’ve made in the last 20 years, and we have made a lot of good choices over a long period of time. I would say to voters, if you like what you see in Royal Palm Beach, I’m one of the people who built most of this. If you like what you see, vote for me.”