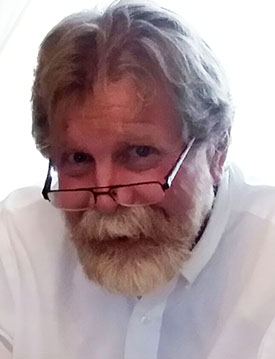 Two challengers have emerged in the race for the two seats up for grabs on the Loxahatchee Groves Town Council in the Tuesday, March 10 election.

“I believe that government entities should always be questioned and held accountable,” she said at Tuesday’s Loxahatchee Groves Town Council meeting. “It is shocking to me the lack of concern for safety in this community when so many people claim to work and be concerned for so many citizens.”

Standish asserted that in the rush to put down open-graded emulsified mix (OGEM) pavement, the town has endangered the lives of pedestrians, bicyclists and equestrians.

“Developers on South B Road are getting away with putting in a low-quality OGEM road instead of a road that would have a longer lifespan,” she said.

Standish pointed out that at a joint workshop several years ago, the Loxahatchee Groves Water Control District and the council agreed to use the OGEM for the roads.

She said that at the last council meeting, during public comments, a family member of a district supervisor incorrectly thanked the town for paving A Road and providing courtesy grading for some roads.

“There is no such thing as courtesy grading,” Standish said. “Anytime a road is graded, the town is billed. The town did not pay to have A Road paved. Those landowners are being assessed by the district. The town pays a teeny-tiny portion to the district on an annual basis. Not one of the two district supervisors who sat in the room that night corrected the misinformation that was stated. Not one from the dais corrected the misinformation that was stated.”

Standish believes that there is an identity crisis in Loxahatchee Groves.

“Our community is a unique community and deserves to be cared for and protected,” Standish said. “I intend on retiring in this community and expect decisions to be made that are financially sound and of long-term benefit to our town. Those are the reasons that I have decided to run against Ron Jarriel for Seat 1.”

Harris said he is running to advocate for proper government.

“As a town volunteer, I served three years on the Planning & Zoning Board with perfect attendance,” Harris said. “I have been instrumental in government taking action on several issues, including winning rights of the equestrian community by having the [Uniform Land Development Code] revised to have commercial equine operations listed as a permitted use.”

As chairman of the RETGAC committee, he said he has seven different initiatives underway, including council consideration of a safety and welfare issue affecting 25 percent of the town’s population with an assessment he has prepared for 25 culvert bridges.

Harris said he has been advocating for research of OGEM alternatives in search of the best value and best service, which Jarriel said at a recent meeting was worth looking into.

He asserted that he has designed and budgeted an improvement project for Loxahatchee Groves Park to create an equestrian facility that would be in compliance with a resolution passed by the council. “Whether Palm Beach County does the modifications or we somehow take site control, it would be a good venue for this town,” Harris said.

Harris said that he has the expertise to do the job.

“As a councilman, my 30 years’ experience in developing scopes of work, budgeting, bidding and contracting, executions of plans, inspections and specifications, and bringing multimillion construction projects to a successful conclusion will enable me to problem-solve for the best interests of Groves citizens,” he said. “Everyone should get a fair deal, equal influence in town policy-making decisions, equal shares of town benefits. I plan to turn the town back into a representative democracy by advocating term limits.”

Harris said his first action if elected would be to review all town contracts in order to make recommendations on obtaining the best dollar value.

His first leadership action would be to get equestrian trails opened and improved, he said.

“I’ve applied for employment,” he said. “I want the job.”

LGLA President Marge Herzog announced that her group will host a candidates’ forum on Thursday, Feb. 26 at 7 p.m. at Palms West Presbyterian Church.
ABOVE: Keith Harris