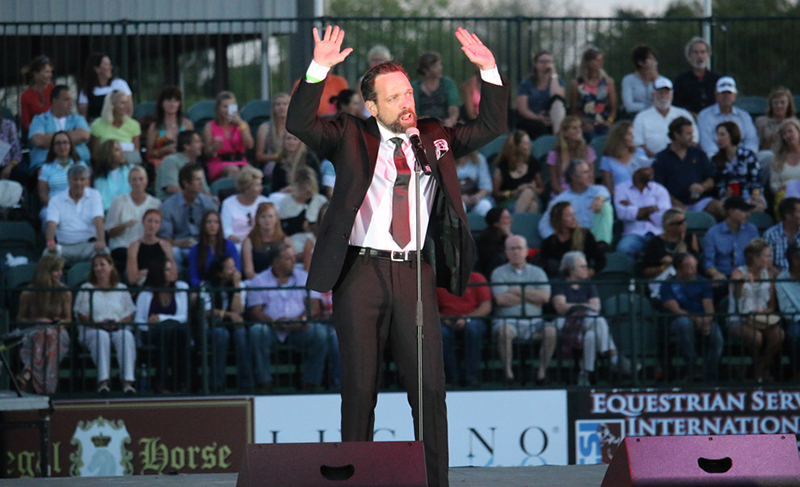 The International Arena at the Global Dressage Festival facility in Wellington played host to the finale of American Equestrians Got Talent on Sunday, March 15. A slate of 13 talented performers made it through the qualifying rounds to show off their skills at the finale, which served as a major fundraiser for the United States Equestrian Team Foundation. After two very competitive rounds, singer Brian Lookabill came away with the victory.