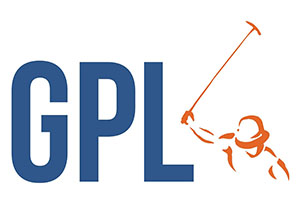 The sixth annual International Gay Polo Week starts in six days — and everyone is welcome to the festivities.

The Gay Polo League, or GPL, is an international community of people who love polo. The club is open to everyone, regardless of orientation. Each April, the organization throws its biggest event of the year, right here in Wellington.

Events will start Thursday, April 9 with an exclusive VIP party, followed by the GPL Polotini Party Goes Disco on Friday, April 10, and the International Gay Polo Tournament on Saturday, April 11 on the Isla Carroll field at the International Polo Club Palm Beach. The week will conclude with brunch at IPC on Sunday.

One of the biggest changes for 2015, founder Chip McKenney said, is in team composition.

“This year, we have more women playing than we’ve ever had before,” he explained. “Historically, it has been a male-dominated event. Apparently, I was just able to attract more gay polo players from men as opposed to from the women’s players.”

There will be five female players on the field, including two among the featured professional players.

“That’s thrilling to me, and I’m hoping, as we continue to build this event, that it becomes an annual event that has as many women as men,” McKenney said.

Encouraging more women to participate is extremely important to McKenney, who has been honored for revolutionizing sports in the LGBT community.

“The truth of the matter is, the one thing that’s so spectacular [and] unique about equestrian sports is it’s the only Olympic sport where men and women actually do compete as equals,” he said. “I wanted to bridge this gap between the lesbian community and the gay community by bringing players from all sides to play in mixed teams, and we’re doing that.”

McKenney has taken great strides from when he took his first polo lesson and knew he wanted to create a gay polo league. Now, the league is holding its sixth annual polo tournament in Wellington. It will be its first year hosted at IPC.

It took a great deal of work and determination, with many individuals helping along the way, McKenney said.

McKenney expressed his gratitude to President of Club Operations John Wash and everyone else at IPC for helping plan this year’s event. “All the people at IPC have not only embraced us but seem genuinely excited about having us there. I think they also see that it’s a wonderful event for not only the community and the stage, but also nationally, with international exposure,” he said. “Good for them, and great for us.”

Aside from the tournament itself, IPC will also be hosting the VIP party on Thursday and the Polotini disco party on Friday. “It’s a prestigious place, it’s a prestigious time and we’re all looking forward to it,” McKenney said.

Mason Phelps, founder of Phelps Media Group, is in charge of the disco party. “We’re going to transform the pool area into a disco, and that’s going to be really exciting,” McKenney said.

Meanwhile, Saturday’s elaborate tailgates are going to be even better than in past years, McKenney predicted, noting that many groups and organizations opted for larger tents, which allow for more detailed setups. Prizes for the tailgate competition go out to those with the most spirit, most enthusiastic theme, best cuisine, best drink, best dressed and best in show. “It’s a highly competitive part of our event, and it’s part of the social fabric of our event,” he said.

Riders from all around the world come to play with the Gay Polo League. The team line-ups will be announced Thursday evening at the cocktail party.

The parties and festivities are amazing experiences, McKenney explained, but the real heart of the weekend happens Saturday at the polo field.

“What I particularly love about the Saturday event is, it’s people who want to experience something unique, and not just in the LGBT world, but also in the surrounding communities that support us,” he said. “It’s all about people coming together and enjoying the day and celebrating really what this event has turned into.”

Beautiful, elaborate tents are set up before the game, and spectators walk leisurely by, soaking in the food, drinks, friendship and fun that goes on along the sidelines while watching the horses and riders.

“There’s a real sense of community and openness that I love,” McKenney said. “It’s a very welcoming event. We welcome people outside of the gay community. We want the non-gay community to come and celebrate and get to know us, and be a part of this event as well.”

For McKenney, polo was something more than just another equestrian sport. He saw it as an avenue for change.

Organizing such a huge event — there have been more than 6,000 attendees in the past — does not come together without a great deal of effort. “A lot of hard work goes into it, a lot of strategy, a lot of planning, and there’s a lot of people. There is a village that makes this event happen,” he said.

One large source of support, McKenney said, is Phelps Media Group. McKenney serves as CEO/CFO of the company and couldn’t be happier with the support that has come from everyone at the firm.

“The team here really is passionate about creating something special, and GPL, and what it has become, is really a reflection of their efforts and inputs and the man-hours spent,” he said.

For more information, visit www.gaypolo.com. Click on “The Event” in the top bar to purchase tickets.