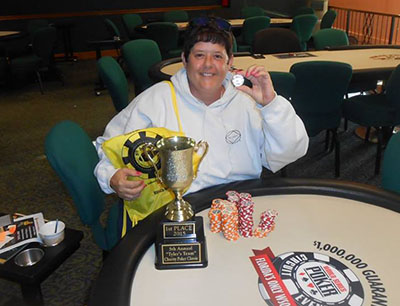 The fifth annual Tyler’s Team Charity Poker Classic was held at the Palm Beach Kennel Club on Sunday, March 29 with more than 85 players attending to raise money for charities.

“This is a charity tournament,” McLellan said. “We want people to come in eat, relax and have fun while playing.”

Every year, the Tyler McLellan Foundation chooses a community organization to donate a portion of the proceeds to, which went to Bru’s Buddie’s Community Legacy Program this year.

Wellington Art Society To Present Scholarships At May 12 Meeting