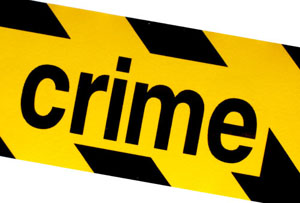 A juvenile suspect has been arrested in connection with a string of car burglaries that occurred in two southern Wellington communities over the Thanksgiving holiday, and village officials are following up with meetings in those communities on how to avoid being a victim.

Wellington and the surrounding communities have seen a rash of auto burglaries, many of which are the result of residents leaving valuables in unlocked cars, making themselves vulnerable to anyone in the neighborhood checking for unlocked doors.

Village staff members and deputies from the Palm Beach County Sheriff’s Office have set up meetings with the homeowners’ associations in Wellington Shores on Wednesday, Dec. 16 and the Isles of Wellington on Thursday, Dec. 17.

The 16-year-old suspect arrested in connection with the early-morning auto burglaries is a resident of one of the communities, officials told the Town-Crier.

“What we’re doing is reaching out to the associations and trying to provide them with a reminder or refresher of things they can do to stay safe,” Assistant Village Manager Jim Barnes said. “In the past, we have actually used our mobile digital signs to remind people to secure their valuables and lock their cars.”

Too often, people forget to protect themselves, Barnes said.

“This is about simple measures that residents can take to make sure they’re safe and their houses are safe,” he said. “It’s a reminder of things that most people probably do on a regular basis, but occasionally you forget, or you think you’re not going to be out that long, so maybe you don’t set your alarm or lock your door, or maybe you leave your car unlocked for a short period of time. In some cases, all it takes is one incident, and you can become the victim.”

PBSO deputies will also be there to offer their insight on the burglaries and how to avoid them.

“The bulk of the time will be spent answering questions and providing information to the residents in attendance,” Barnes said, explaining that most of the incidents are crimes of opportunity.

He added that some people become victims after being lulled into a false sense of security living in a gated community.

“There’s the old saying that locks keep honest people honest,” Barnes said. “All we really need to do is take some of those basic and simple precautions to ensure that we don’t become victims. As the sheriff’s office has pointed out, most of these are crimes of opportunity. In a lot of cases, a secured vehicle or a locked door or valuables that aren’t in plain view would have prevented somebody from even taking the next step.”