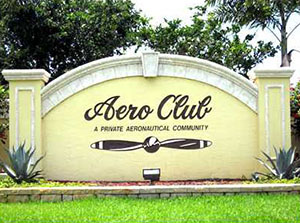 The meeting, led by Village Engineer Bill Riebe and Senior Engineer Patrick Barthelemy, explained the scope of the plan, as well as three design options for the project that will add a pathway, friendly for bikers, skaters, walkers and joggers, through the community.

“We want to present our various conceptual design options to you guys,” Barthelemy said, asking residents for their input as the project goes forward.

The three options were designed to meet the requirements of the Americans with Disabilities Act, allow for a 6-foot separation between the edge of the roadway and the edge of the path, meet the required drainage standards, and leave a 6-foot clear zone around trees and a 4-foot clear zone from property lines — all while keeping within a $675,000 budget.

The pathway, Barthelemy said, will be topped by at least 1 inch of asphaltic concrete over at least 8 inches of compacted lime rock base, which is over 12 inches of a compacted subgrade. Twenty driveways on 15 lots will be affected as the path runs through the driveway because of ADA cross-slope requirements.

“The common element that you’ll notice in all three designs is that when we get back here along the canal, we moved all three pathways behind the trees that are along the canal so we don’t disturb any of those, and then we maintain that all the way around until we get back into the homes,” Barthelemy said. “And then the designs are all different from that point.”

Option A starts 4 feet off of a property. When a tree is in the path, the path will meander around the tree, maintaining a 6-foot clear zone from the tree trunk.

Option B is a 6-foot-wide asphalt path that begins at the edge of the road pavement, so there is a 6-foot offset, and then the 6-foot path.

“In this option, we avoid almost every tree — we keep all of the existing trees, the swale winds up moving over slightly, so it would be in between the path and the existing tree line, or your property line. We’ve looked at it; it’s doable, and it’s definitely a good option,” Barthelemy said.

Option B’s impacts — the relocation of nine Washingtonian palms, possible disturbance of sprinkler systems, and the removal and replacement of 20 driveways — are all present in Option A as well.

“We believe this is the best design, the preferred design, and we hope you do, too,” Barthelemy said.

Option C was created to show what it would take to put in an 8-foot path. With Option C, in addition to the three impacts of Option B, there would be the removal of 51 oak trees, it would be close to private property, and it would require the relocation of three existing private entry columns and entry gate pads.

Construction is projected to begin April 18 and conclude Sept. 30.

Barthelemy explained that some of the construction preferences are up to the contractor. Riebe explained that the equipment would be small, and that the $675,000 budget is adequate for the project.

John Sergeant, who looks forward to the pathway, suggested that something be considered to warn pedestrians about bicycles. He also stated a preference and suggestion for concrete rather than asphalt, for aesthetics and durability.

Dianne Melita asked if there was a possibility for concrete.

“There’s a big difference in price between concrete and asphalt, for starters,” Barthelemy explained. “On top of that, concrete tends to cost more to maintain and takes more effort to maintain. Concrete tends to fail in a way that creates tripping hazards, while asphalt does not.”

Melita was also concerned about property values when considering concrete or asphalt. Riebe explained that there has not been a noticeable market difference between the two, and that properties in Wellington are increasing in value across the board.

Christian Schoemig gave a nod the engineers. “I want to thank you very much for being here tonight and for going through the effort,” Schoemig said. “It’s late, and I want to say I really appreciate what you’re doing. The sidewalks will hopefully provide a lot of safety and potentially save lives… It seems like Option B seems the most reasonable, has the least impact and is the most sensible for pedestrians and cyclists alike.”

Aero Club President Steven Daiagi commended the engineers. “We’re all about saving the trees and keeping the grass and all of that,” he said. “I also believe that plan B is the best way to go.”

Daiagi raised concerns, such as the impacts to the homes and finding a way to work with residents’ sprinkler systems and driveways.

Riebe explained that paver driveways will not have a strip of asphalt. The pavers need to be removed, the asphalt put down, and then the pavers replaced. In the past, he explained, residents have been financially compensated for the cost of removing and replacing the pavers. He promised to look more into the sprinkler issue.

After residents’ questions and concerns were heard, Riebe and Barthelemy asked residents to vote. Option B was the overwhelming favorite.

Another meeting on the project will take place before construction begins in April.