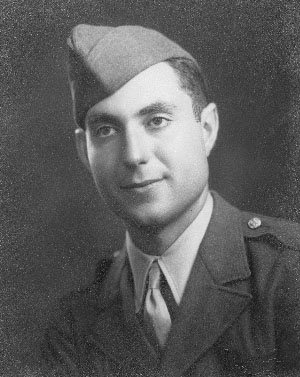 Local World War II veteran Sidney Cooper, who served in the OSS — the Office of Strategic Services, predecessor to the Central Intelligence Agency — is looking to connect with other former OSS members.

“There’s no one who I know of in this area,” Cooper said, “but I just thought, if there was, maybe the family or somebody knows anybody, I’d be interested in contacting them.”

After the war, Cooper said, the OSS eventually became the CIA. Some people Cooper knew stayed on and went into the CIA, but he has lost touch with those he served with.

Not everyone in the OSS was in the military, Cooper said. “Half of the organization was civilian, and half of the civilians were women,” he recalled. “We had people from all of the different branches of service. In addition to that, my main boss was a civilian.”

“I was in the Army as well. I started at the Army War College. From there, I heard about this organization, and I was interested in it,” he said.

U.S. Army Maj. Gen. William “Wild Bill” Donovan was the founder and head of the OSS, and Cooper’s commander.

Cooper was based in London during the war, and traveled to Switzerland, Belgium, France and other locations in Europe.

“My main base was London,” he said. “The Germans bombed the heck out of the city. I had no glass in my building. The building across the way went completely down. There was pretty heavy bombing going down.”

Cooper, now 94 years old and looking to reconnect with OSS members, has an abundance of stories to tell about his time in the service. Recently, he received a letter asking for support for the Office of Strategic Services Congressional Gold Medal Act, which he said is pending.

The OSS has estimated that approximately 13,000 men, women, civilians and servicemen gave up their rights as POWs, he said. Some, he explained, parachuted into Europe and Asia to work with resistance groups, sabotaging enemy installations, while others performed other intelligence services. Those in the OSS, he said, never received any special recognition for their efforts.

ABOVE: Local veteran Sidney Cooper during his time in the service.