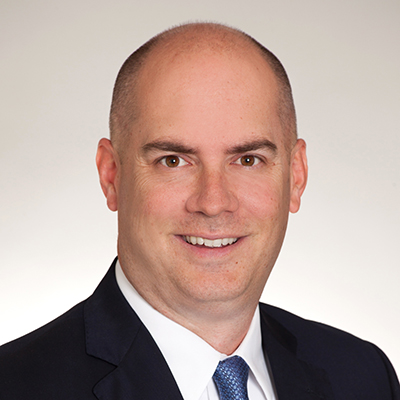 Drahos, who serves as vice chair of village’s Planning, Zoning & Adjustment Board, recently sat down with the Town-Crier to discuss his goals and qualifications.

“Wellington was a much different town than it is today,” he said. “That was really the only school in town. We were growing so fast they couldn’t build the schools fast enough.”

Drahos earned his bachelor’s degree in English from Florida State University and a law degree from Nova Southeastern University. He lives in the Isles of Wellington with wife Nathalie, and daughters Julia, 8, and Sophia, 6. As an attorney with Fowler White Burnett PA, Drahos manages civil litigation cases.

He previously spent two years on Wellington’s Education Committee, and has served on the PZA board for the past six years.

“Needless to say, I’ve seen a lot of these issues firsthand,” Drahos said. “I’ve been in the trenches for most of them, and that’s really why I decided to take the next step and run for council. I think I really have a good background for this now.”

Other civic involvement includes founding the Young Professionals of Wellington in 2013.

“That has really been my pet project for the last three years,” Drahos said. “We put on a lot of events that have really been apolitical. The group has been apolitical from the beginning. Even though I’m their founder, and I’m now running for office, they remain apolitical and they’ve not been involved in my election whatsoever. They’ve built up a lot of goodwill in Wellington and done a lot of good things for charities and businesses that needed exposure.”

Drahos believes that he is the best person to serve because he brings a unique point of view that has never before been represented on the council.

“I am a product of this school system here in Wellington,” he said. “I grew up in Wellington, and now I’m raising my kids here… I obviously have a lot invested in this village.”

His top goal is to return civility to the council.

“I was there at village hall when this council basically declared themselves broken and had to hire an expert to come in and spend tens of thousands of dollars to teach them how to get along,” Drahos said. “That does not inspire confidence from the public’s viewpoint. For me, I think coming in and just being a level-headed guy who can get along with people and make decisions that are best for Wellington is exactly what we need right now.”

He also wants to bring balance to the council.

“I think that this council has focused way too much on, or tipped the scales more toward, equestrian [constituents] and have neglected other areas of Wellington. They don’t spend nearly enough time talking issues in Eastwood as they do on Pierson Road. I want to level the playing field and really bring a voice for all of Wellington.”

Drahos also wants to make decisions based on fairness, rather than affiliation with certain groups.

“I think this council has been compromised in a sense, and I want to be able to come in and convince the public that the decisions that I make are… because, in my heart, I believe them to be best for Wellington, not because someone is telling me to do it,” he said.

He points to the amount of money spent in the last election as his belief that the council is compromised.

“I think that changed the dynamics of Wellington forever,” Drahos said. “When you have that level of spending from one or two interested parties, I think it creates the perception that those people are now pulling the strings.”

Drahos said that the top issues in the campaign include the candidates’ approach to the equestrian industry. “I think I bring a different viewpoint than my opponent,” he said. “There are policy decisions this council has made that I differ with.”

Drahos said that too much money has been spent on litigation that centered on council infighting. “I think there are decisions that could have been made that could have avoided some of Wellington being dragged into this,” he said.

He also does not believe that council members should be micromanaging staff to the level that this council has. “These are professionals, and they should be left to use their judgment,” Drahos said.

He believes Village Manager Paul Schofield has been under extreme pressure over the past four years because he has had to run the village with the mind-set of his job being on the line.

“I’m glad to see that he has a contract with some job security so that he can do his job without worrying about the consequences of a day-to-day decision that he has made,” Drahos said. “I think Paul Schofield is an excellent village manager. He has my full support. Here in Wellington, when we had the economic downturn, I think he was an integral part of shepherding us through difficult times. From a resident’s standpoint, I didn’t see much change in my lifestyle, so I credit him for that.”

Regarding the K-Park property on State Road 7, Drahos agreed with the council decision last year not to sell it, but disagrees with how it got there.

“Wellington was not informed at all as to what K-Park was or what it could have been, and it took a lot of ground-level, grassroots type marketing from one of the applicants to really get the word out and educate the public,” he said. “I think they put the cart before the horse, and did not do their due diligence in terms of exactly what the residents wanted on it.”

Drahos said that he is personally looking for a destination-type atmosphere where he can take his family on a Saturday night. “A lot of people default to a CityPlace,” he said. “I think we can be much more imaginative than that.”

While the village’s financial director has warned that it will be difficult to balance the books in the future without tax or assessment increases, Drahos said that he is not in favor of raising taxes.

“I would do whatever I could in my power to prevent having to raise taxes,” he said. “But we have shown in the past under difficult economic circumstances to have been able to avoid raising taxes, yet still maintain the quality of life.”

Regarding future development planned to the north and west of the village, Drahos noted that those decisions are largely in Palm Beach County’s hands, but if he had been sitting on the council, he would have supported a resolution to the county to reduce the intensity of development. The resolution was rejected by the council in a 3-2 vote.

Drahos said he fully supports what he considers Wellington’s good relationship with the Palm Beach County Sheriff’s Office. “That is one of the key components to living in Wellington,” he said. “People want to be safe when they’re here. I will always be an advocate for the PBSO.”

Asked whether Wellington should have its own equestrian venue, Drahos said that the equestrian industry is privately financed and provides a lot of benefit to the community.

“At this point, I’m not sure I see the merit in us taking on an expense in doing something that right now is being privately funded and offered to the community,” he said.

Asked to rate the village’s current relationship with equestrian show promoter Mark Bellissimo and Wellington Equestrian Partners, Drahos said that for the past four years, the council has looked more at how to control the equestrian industry than what it can do to promote it.

“That is one of the things I want to change about how this council works with the equestrian industry,” he said. “I think from a public confidence point of view, people need to be reassured that the leadership in this town sees social and economic benefits to the equestrian industry, and starts working with them rather than against them.”

While some have seen him as a Bellissimo supporter, Drahos said he regards himself as more balanced and fair than friendly.

“I’m not a rubber stamp for anybody, and I’m going to vote for what is in the best interest for Wellington, no matter what,” he said. “I have voted for and against Mark Bellissimo and Equestrian Sport Productions on various issues that have come before the PZA board. There’s no reason I’m going to change now that I’m going to be on the council.”

Regarding filling the council seat that will be left vacant by Councilwoman Anne Gerwig’s resignation to run for mayor, Drahos said he recently went through the process when a vacant seat was filled and thinks he has a good perspective on how it should be done. “The most qualified person should get the appointment,” he said. “We shouldn’t look to politics.”

Asked about the perception that he is aligned with Gerwig, Drahos said that she is his friend and he respects her, but they have differing points of view on some issues.

He said that it bothers him when people want to align him with certain factions. “I have been working hard to convince people that I’m independent and open-minded,” he said.

He was somewhat critical of some of the projects supported by the current council. For example, the recently completed Wellington Tennis Center has received criticism from tennis players for not having certain amenities, he said, which raises the concern that they were not provided ample opportunity for input.

He is also concerned that the new Wellington Community Center is $500,000 over budget, although he believes the soon-to-open facility is badly needed. “I’m just not sure that we got enough input from the public on these projects,” Drahos said.

Drahos said his top strength is having grown up in the village.

“I’m a different candidate than people have seen,” he said. “I went to school here and went to the local church. That sets me apart from my opponent.”

He said Greene’s strength is his ability to work a room. “He can be charming when he wants to be, and so I am not underestimating him,” Drahos said.

He said people should vote for him because he is a home-grown candidate.

“Having grown up here and competed on the ball fields, I have a unique perspective,” Drahos said. “Having a family here, I want to see Wellington continue to prosper.”