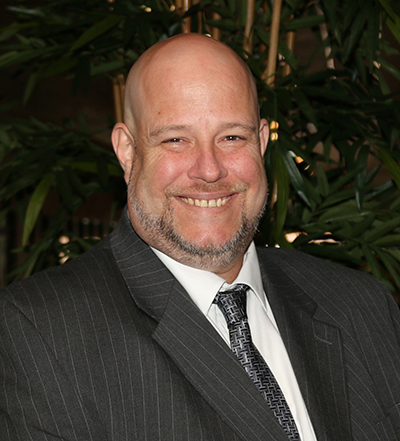 Valuntas recently sat down with the Town-Crier to discuss his record and his goals for the future in advance of the Tuesday, March 15 election.

A South Florida resident for 42 years, Valuntas grew up in Broward County, where he attended public schools. He received his bachelor’s, master’s and law degrees from Florida State University, and later also earned a master’s degree in public administration from Florida Atlantic University and a criminal justice degree from the University of Central Florida.

Valuntas moved to Palm Beach County in 1998 and had a house built at Cypress Head in Royal Palm Beach in 2001, where he has lived ever since. He has three young children attending local schools and works as an assistant attorney general in the Criminal Appeals Division. He was first elected to the council in 2010.

“I think I have contributed a good amount and seen some good improvements in Royal Palm Beach over that period of time,” he said.

Valuntas highlights his top accomplishments as keeping the tax rate unchanged or lowering it each year, and bringing the Aldi regional distribution center to the village. Shortly after he was elected, he discovered and eliminated an issue where the Indian Trail Improvement District was improperly taxing several areas in the village.

“They were hitting us with an assessment, and they had been doing so for several decades, and there was no legal basis for it,” Valuntas said.

He also shot down the village’s proposed ordinance for red light cameras after researching it, persuading his colleagues to reject the plan.

“It was basically unconstitutional, and the Florida Legislature had enacted legislation to make it OK,” Valuntas said. “Now there is federal class action against all the cities that are engaged with the red light cameras.”

“I’ve been working for the government in some capacity for 15 to 20 years, not including Royal Palm Beach,” he said. “I’ve worked for the Department of Revenue. I’ve worked for municipal government over the summers as a recreational leader in Pembroke Pines when I was in college. As far as experience, I think I’m a better choice than my opponent.”

Valuntas volunteered on the village’s Recreation Advisory Board before he was elected and has coached his sons’ baseball teams.

Goals over the next two years include getting started with some type of senior living facility at a designated site near Royal Palm Beach Commons Park.

“That’s an important issue, and I’m hoping it comes to fruition with someone coming in and being able to provide something on that site,” he said.

Valuntas also wants to see that the State Road 7 extension is kept in the Florida Department of Transportation’s 2017 budget. He vowed to keep fighting challenges from the City of West Palm Beach until the road is built.

He also advocates for the commercial portions of the Cypress Key development on Southern Blvd. being built consistent with the plan approved by the council — an issue he has fought for since before his time on the council.

Valuntas said the top issues of the campaign involve the future development and redevelopment of the village, and making sure the village respects people’s private property rights, highlighting the recent approval of the RaceTrac gas station at Royal Palm Beach and Southern boulevards.

“A lot of people didn’t seem to care about the property rights of the owners,” he said.

He believes Village Manager Ray Liggins is doing a great job and is very responsive to any requests for information.

“Sometimes I’ll get e-mails from constituents asking about certain issues, and I can’t think of any issues where he didn’t follow up,” Valuntas said. “I’m very happy with the job Ray has done.”

About how council meetings are conducted, he thinks there is ample opportunity for public input when procedure is followed.

“Unfortunately, the process doesn’t go the way it should and comments are made by the mayor that I think are inappropriate and kind of turn people off,” Valuntas said. “I think that’s a poor reflection on the village. That is a disappointment, but I’m sure with a new mayor being elected, that shouldn’t be an issue after March 15.”

While his opponent has been critical of the village’s transparency in doing business, Valuntas disagrees. He cited his experience with Cypress Key before his election. Valuntas was involved because it’s close to his home.

“I was going through and asking for anything and everything that I could get my hands on about the project,” he recalled. “I never had a problem… I don’t know that I’ve ever heard of a resident not getting something from the village that was requested.”

He feels there is more than adequate notice of village meetings.

“I think the village does a pretty good job. What’s the old saying? ‘You can lead a horse to water but you can’t make him drink.’ The village provides anyone who wants to know with more than enough information about what’s going on,” Valuntas said.

He pointed out that the RaceTrac issue, which some believe was not publicized sufficiently, had been a subject of discussion for more than a year before its approval, including a Planning & Zoning Commission meeting where it was approved unanimously.

“Nobody showed up,” he said. “It wasn’t until after the Planning & Zoning Commission meeting that it somehow became a much bigger issue.”

He said the council made the correct decision because it is a commercially zoned area.

Asked what he would do to ease traffic problems, he said one thing will be substantial improvements near the RaceTrac intersection that will not be financed by village tax dollars.

He also wants to remain involved with the Palm Beach Metropolitan Planning Organization, where he is the council’s appointed member, to remain aware of future transportation issues.

He did not have a specific answer to address traffic problems at Commons Park during major events. “I wish I had an answer to that, but the one thing I can think of is providing an alternate exit somewhere on the front of the property, depending on how the senior housing thing pans out,” Valuntas said, adding that having a north-only exit for events such as the Fourth of July celebration, with southbound traffic exiting only at the main entrance, might be an alternative.

“I think one of the attractive parts of Royal Palm Beach is our parks and recreation space,” he said. “It does cost us money to maintain our properties, but we’ve been doing fine, and I think with the sale of the wastewater plant, that is something that can help if the costs get a little bit too high.”

While he favors the Aldi warehouse project, he does not see another location in the village for another large project like that.

“Anything else of that magnitude, unless we annex more area, I don’t see anywhere in Royal Palm Beach where something of that scope would fit,” Valuntas said.

He said the traffic impact of future development west of the village should be addressed through working with neighboring municipalities.

“Loxahatchee Groves is pretty steadfast on limiting growth and not having things get too big, but I think expansion of State Road 80 going west is just going to happen,” he said.

Valuntas said he will continue to follow plans for construction in the SR 80 corridor.

“There’s a lot of discussion of other development farther west to spur the economy out there, and pretty much, they’re all going to come down Southern Blvd.,” he said.

Valuntas said the village will continue its fight for the completion of the SR 7 extension by working with other western entities and the MPO.

“I’ll advocate for and join with our neighbors on the Western Communities Council to pursue that fight,” he said. “I know we’ve chipped in for the lobbyist to advocate our position, not only in Tallahassee, but now more in Washington, with the permitting process that’s going on up there. That seems to be West Palm Beach’s point of attack now.”

He said the residential development at the Acme Ranches property on the south side of Southern Blvd. looks great on paper, and compared it to the Enclave development on State Road 7 south of Southern Blvd. completed recently, which he said appears to be fully occupied. “This will give more young professionals the ability to have a nice, high-end place if they want an apartment, because a lot of people are getting priced out of the home market,” he said.

Asked about the effect of the election coinciding with the presidential primary, Valuntas plans to step up his effort due to a greater voter turnout. “I’m going to have to raise more money and get more fliers out,” he said. “My job is to get my message out to the voters, and now instead of maybe 1,200 votes in our normal village election, we’re looking at somewhere between 6,000 and 8,000.”

He said filling the vacant seat created by Councilman Fred Pinto resigning to run for mayor should be done as they have in the past, by advertising the vacancy.

Asked about his top strengths, Valuntas said he is approachable. His weakness is that he tends to take on too much.

His opponent’s top strength, Valuntas said, is that she is a nice person who is involved with several community organizations. For her weakness, he cited her lack of government involvement.

Valuntas thinks he will benefit from people being able to look at his track record and feel confident voting for him. He said voters should vote for him because he has been a solid voice on the council and has done what’s right for the community.