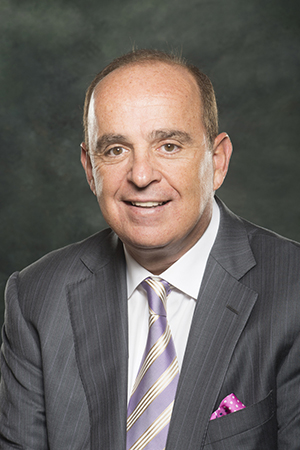 Dr. Salvatore D. LaRusso of Wellington was elected president of the National Board of Chiropractic Examiners (NBCE) at the group’s annual meeting in Orlando on May 6. LaRusso is currently serving as an at-large director. His service with the NBCE began in 2008.

From 2014 to 2017, LaRusso served as treasurer, where he worked with the NBCE board to continue a long-term strategy focused on building a stable foundation for the future of professional testing. During his tenure, all audits of NBCE’s finances have been clean, meaning that financial statements are fairly presented in accordance with accepted accounting principles.

As chairman of the International Board of Chiropractic Examiners, a wholly owned subsidiary of the NBCE, LaRusso developed a network of international advisors. Together, they monitor and grow the use of standardized testing and jurisdictional regulation of chiropractic throughout the world.

LaRusso is a graduate of New York Chiropractic College and obtained his undergraduate degree in business administration from Seton Hall University. He has been active in many international, national, state and local organizations.

Established in 1963, the NBCE administers and scores legally defensible, standardized exams for candidates seeking chiropractic licensure throughout the United States and in several foreign countries.