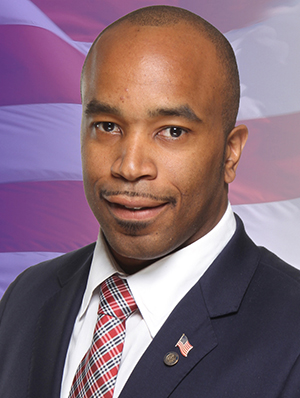 After two terms in the Florida House of Representatives, Bobby Powell was elected to represent central and northern Palm Beach County in the Florida Senate in November 2016. He just completed his first session as a state senator.

“It was a good session,” he said. “In the Senate, with less members, there’s more conversations that we have the opportunity to be involved in. There’s more information to carry. There’s more bills to read, and a lot more involvement within the process.”

Though the session didn’t end with results exactly as Powell would have liked, there were victories.

“I would recap the session in that manner. I would say, overall, we had the opportunity to do some good things, and there are some things that we could have changed,” he said. “As a Democrat, we continued our tradition of stopping what we would consider bad legislation in 2017, and we also had an opportunity to advance the intent of Floridians who are fighting, and we did that through our social responsibility, economic well-being and environmental protection.”

In his role as a state senator, Powell, along with the other Democratic senators, was able to work to improve major bills and minimize others. “Many of us, as senators, were able to prevent major bills from expanding. Diminishing the rights of women and also imposing severe conditions or restrictions on families who need assistance and families who need healthcare — we opposed some of those things and we stopped more restrictions from passing,” he said.

Securing funding for District 30, which includes Loxahatchee Groves, Royal Palm Beach and parts of The Acreage, was a priority. “Going into this session, I wanted to make sure that we appropriated funding for our district,” Powell said.

He is particularly proud of his work with Lake Okeechobee. “I feel like we were able to save the Glades area and come to a menial point, or stopping point, or working point, with regards to Senate Bill 10 and the Lake Okeechobee Reservoir to hold some of the water that would be coming from Lake Okeechobee,” he said.

Powell approached the legislature with a philosophy that he described as “selfless as opposed to selfish.”

“I think, personally, for me being able to work with a lot of members of the leadership team, both the minority and majority leadership team… and to work on legislation that is helpful to the State of Florida… was a personal achievement.”

Working as a liaison between residents of the Glades and Senate President Joe Negron is something Powell is proud of. But he wasn’t happy with everything that transpired during the session.

“I was disappointed to see that we expanded Stand Your Ground so the burden of proof would be on the prosecution. In terms of highlights, I would [point to] being able to get funds appropriated for FAU for tech runway and funds appropriated for some of the programs that we have inside of our district,” he said.