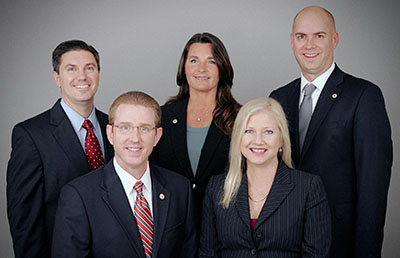 The Wellington Village Council approved the preliminary reading of an ordinance Tuesday that would ban conversion therapy on minors.

Conversion therapy is a controversial treatment of gay people that aims to make them heterosexual. The two-hour discussion featured public input for and against the measure by several dozen people, and presentations by parties of both viewpoints on the practice.

Wellington’s ban, once finalized, would ban licensed mental health professionals in Wellington from using conversion therapy on minors under age 18. It does not prohibit those over 18 from seeking out conversion therapy, nor stop religious leaders who are not licensed mental health professionals from engaging in the practice. Non-professional groups, which do not require state licenses, are also not covered by the ban.

Several municipalities in Palm Beach County have approved similar ordinances banning conversion therapy by mental health professionals. The matter is also under discussion by the Board of County Commissioners regarding a countywide ban.

Dr. Rachel Needle, a licensed psychologist at the Center for Marital Health of South Florida, director of the Whole Health Psychological Center and CEO of the Advanced Mental Health Training Institute, represented the Palm Beach County Human Rights Council and spoke on behalf of a ban on conversion therapy and its dangers.

“The practice of conversion therapy began when homosexuality was considered… a mental disorder,” Needle said. “Mental health professionals aimed to cure homosexuality with a number of barbaric techniques, including electroshock therapy and castration.”

She pointed out that in 1973, the American Psychiatric Association removed homosexuality from the Diagnostic and Statistical Manual of Mental Disorders.

“These treatments in the names of curing homosexuality are now widely understood to be a tragic episode in our history, yet the practice of conversion therapy is in use today,” Needle said, adding that conversion therapy is based on two false premises: that homosexuality is a mental illness that needs to be cured, and an assumption that being LGBTQ can be changed through therapy.

She said research has shown that efforts to change a person’s gender identity or sexual orientation can lead to a number of mental health issues in a minor, including shame, guilt, depression, problems with sexual and emotional intimacy, loss of friends, social withdrawal, feelings of anger and betrayal, hostility and blame toward parents, high-risk behaviors, confusion, self-harm, substance abuse and suicidal thoughts.

Dr. Julie Hamilton, a licensed marriage and family therapist and former president of the Alliance for Therapeutic Choice and Scientific Integrity, spoke against the ban. She said that there has been a lot of misinformation put out about conversion and reparative therapy.

She invited Dr. David Pickup to share his story about conversion therapy. Once a patient, he is now a licensed family therapist himself.

Pickup said the horror stories about the practice are anecdotal, have nothing to do with conversion or reparative therapy and are not documentable.

“The important issue is we are dealing with the lives of children,” he said, adding that he has offices in California and Texas, where almost all his clients receive “authentic” reparative therapy.

“A ban on therapy for unwanted homosexual feelings or gender disorientation would be, in fact, child abuse,” he said. “This naïve and destructive ban makes it illegal for children to receive therapy for unwanted same-sex attraction caused by, among other things, sexual abuse, older teens or, in fact, pedophiles.”

Pickup asked listeners to imagine a heterosexual boy walking into a therapist’s office in Wellington to be told that it is illegal to give him therapy that resolves his experience of sexual attraction from an older man.

“Do you know what it’s like to be heterosexual and to be sexually abused by a budding young pedophile?” he said. “I do. I underwent authentic reparative therapy for homosexual attraction because of emotional abuse and sexual abuse that I experienced as a child.”

Pickup said authentic reparative therapy helped save his life. “I experienced changes in my feelings, not just behavioral change,” he said.

Hamilton pointed out that a state bill to ban conversion therapy did not make it out of committee, although the state, not municipalities, has jurisdiction over family therapy.

Members of the public who spoke were divided for and against the ban.

Mayor Anne Gerwig asked about a judicial appellate decision upholding Human Rights Council lawsuits that nothing prohibits medical professionals from discussing and recommending any treatment with any patient of any age, including conversion therapy.

“So, they could recommend it, they just couldn’t provide it,” Gerwig said, adding that the ban does not prohibit conversion therapy for adults.

Gerwig said she was troubled that the ordinance would prohibit licensed professionals from practicing conversion therapy on minors, but not unlicensed youth counselors.

“You could go to your next-door neighbor, or a witch doctor, but not a licensed professional,” she said.

Councilman Michael Drahos said one of his primary issues was how the ban would be enforced if it were ultimately approved.

Cohen said the only way that the village would know that conversion therapy is being practiced would be if the minor child reported it or if it were advertised.

Drahos said he planned to vote for the ordinance, but had concerns about some of the language that he hoped would be fixed by the final reading.

Councilman Michael Napoleone made a motion to approve the preliminary reading of the ordinance, which carried 4-1 with Gerwig opposed.