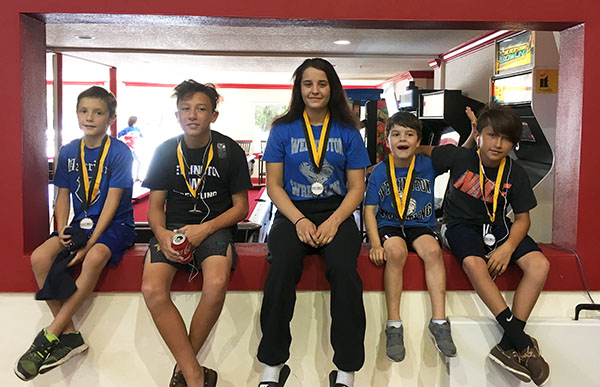 The Wellington Wrestling Club competed at the Iconic Southeastern Regional at the Cocoa Expo Center last weekend and finished with six place winners.

The Wellington Wrestling Club will begin its summer session on Tuesday, June 6 with practices being held on Tuesday and Thursday evenings at the Village Park in Wellington.

The club will be competing next at the Going for the Gold Tournament being held at Forest Hill High School on Saturday, June 3.