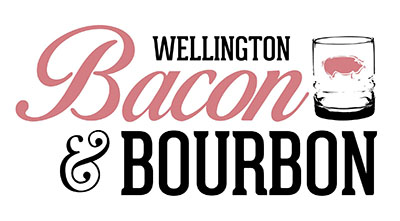 Wellington Village Council members last week authorized the village manager to execute a sponsorship agreement for the two-day Wellington Bacon & Bourbon Fest, which will be coming to the community next year.

The festival is scheduled to be held at the Wellington Amphitheater from Friday, March 23 through Sunday, March 25, 2018. The event will feature live entertainment along with “an eclectic menu of bacon-infused culinary delights and a collection of unique bourbon-inspired cocktails.”

The title sponsor of the festival is Buffalo Trace, a Kentucky-based distillery. The event will offer free admission. Originally based in Delray Beach, the festival will be moving to Wellington for its 2018 edition.

At the Tuesday, Nov. 14 council meeting, Nancy Stewart-Franczak, executive director of Festival Management Group, said they will not use the amphitheater as the main stage, instead bringing in a mobile stage that will be on the green space opposite and north of the amphitheater.

“Because this is a free-admission event, we needed to make sure that the areas where our revenue is being generated was where our people are going to be congregating,” Stewart-Franczak said. “We’ve been adjusting some flow issues that we have with our exhibitors, and we’ll probably be tweaking that a bit more.”

There will be VIP offerings for a fee that includes bacon and bourbon pairing seminars, bourbon and whiskey tasting seminars, a bourbon bloody Mary brunch, and a bacon and bourbon dining experience. The festival will also feature bacon, bourbon, arts and craft vendors, along with local chefs, outdoor games and rides.

As part of the agreement, which may see updates or changes, the festival operators will hire private security, operations staff, a production team and a cleanup crew. Any hourly village staff that may require overtime will be billed to the festival providers.

The management group requested that Wellington act as a partner and co-sponsor for the event in exchange for waiving the fee for the facilities, which originally included the Wellington Community Center and the Wellington Amphitheater.

“I understand the concept of not using the stage, but it is a lot harder to do a concert with a mobile stage,” Mayor Anne Gerwig said.

Barnes noted that a main reason was for the management group to avoid having to make any temporary changes to the stage or causing potential damages to the amphitheater lawn during the festival.

“So, that limited where we could stage everything, but they’re comfortable that the layout they’ve got will be a successful one,” Barnes said.

Councilman Michael Napoleone made a motion for Village Manager Paul Schofield to authorize the sponsorship agreement with the management group for the festival. Vice Mayor John McGovern seconded the motion, which passed unanimously.

Also at the Nov. 14 meeting, during Village Attorney Laurie Cohen’s report, she asked for consent from the council to file a lawsuit against the Florida League of Cities and the Florida Municipal Insurance Trust to recover monies that she believes the village is owed under its insurance policy.

“As you recall, we had a number of claims. We did submit them,” Cohen said. “The Florida Municipal Insurance Trust denied the claims, and we are rapidly approaching a statute of limitations deadline.”

Attorney fees from previously concluded village litigations have incurred to an amount of more than $608,000. So, along with the potential lawsuit, Cohen wants to negotiate a fee arrangement with an outside attorney to partner in the filing of claims against the League of Cities.

“We did obtain an opinion from the attorney that he believes there is coverage, and we’re looking at potentially $608,858.20 in attorney fees that were expended by us, and in all of these, we were defending litigation that was brought against the village, and we believe that the insurance carrier should have provided a defense,” Cohen said.

Cohen said none of the claims filed against the village involved any awards of damages, only the balance from litigation.

Both McGovern and Cohen noted that in the past, the village has prevailed on all cases similar to this one.

“So, we’re saying we should have been defended under our insurance policy and under that contract,” McGovern said.

Cohen said she brought this before the council now because there is a deadline for them to move forward with the potential claims.

“We are bumping up against that statute of limitations on one of the claims, and we would need to get something filed by January,” Cohen said. “So, I’d like to be able to negotiate some sort of a hybrid rate with [the outside attorney], possibly part lower hourly rate, combined with a contingency, and bring that back to you to consider.”

Gerwig recused herself from the discussion because she is a board member of the Florida Municipal Insurance Trust.

Among the other council members, there was an overall consent that Cohen should move forward with speaking to the outside counsel regarding the potential lawsuit.

“I think that this council, particularly, has said from day one that we wanted litigation to be brought to a conclusion, noticed for trial, claims that we believed were meritorious defended and litigated, and I think we’ve done that, and I think we’ve been successful doing it,” McGovern said. “I think we also have a fiduciary obligation to our residents then to say, ‘Well, in doing that, we’ve incurred $608,000 of attorney fees that you as the village attorney and outside counsel have advised us we may not have needed to spend, pursuant to the insurance policy that we pay for every year.’”

Cohen expects to have an update on the potential lawsuit for the council in December in order to keep on pace for the January deadline.