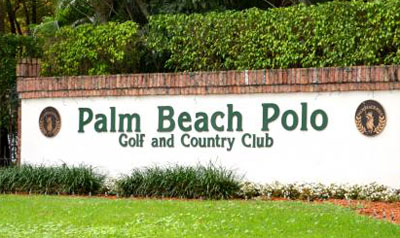 The council considered each request separately, although both properties are under common ownership, at a meeting that lasted nearly eight hours.

Among the master plan changes for the Palm Beach Polo property was a request for the creation of Pod 80 (formerly the North Course) and Pod 81 (formerly the East Course), along with proposed entrance points for both; removing reference to the Wellington Clydesdale Facility property with two new entrance points to the old property; identifying two new entrance points off Stribling Way into proposed Pod 81; and the two former courses and the current 18-hole course within the community would be modified to a designation of “open space recreation/golf course/field sports and equine sports.”

Attorney Alec Domb represented Palm Beach Polo owner Glenn Straub at the meeting. At the beginning of his presentation, he said, “Golf is a dying industry.”

However, he stressed that the changes do not seek to construct anything new. “We’re not asking to build anything. We’re not asking to construct anything. We’re asking simply to allow open, green-space property to be used for open, green-space activities, including field sports and equine sports,” Domb said. “And, we’re asking for access, and that’s all that we’re asking for tonight.”

Schiller touched on the authority that the village has regarding some of the ingress/egress requests made.

Michele Mellgren of the Mellgren Planning Group also represented the opposition to the master plan request alongside Schiller. She said the requests before the council contradicted the adopted comprehensive plan and land development regulations.

“The applicant, through an amendment to the master plan, proposes to introduce a whole new category of uses, but you don’t know what those specific uses are,” Mellgren said.

The ambiguity of types of activities proved to be a point that stuck out to the council when they began to have their discussion regarding the master plan request.

Public comments were high in number at the meeting. The room was filled to capacity with residents who opposed the amendment request.

Councilman Michael Drahos said all residents in the village deserve due process, having the right to come before the council to petition for a right to use their property. However, he also said he believes his role as a public servant is to preserve the safety, security, tranquility and value of the residents’ properties.

“The only logical conclusion is an outright rejection of this application from page one to the very last page,” Drahos said. “I haven’t heard a single bit of evidence here that would justify what has been asked of this council by the applicant.”

Each member of the council spoke against the proposal.

Next up was Polo West, where Straub wished to amend the Wellington PUD Master Plan to add an access point on Greenview Shores Blvd. and alter the designation of the golf course to “Open Space – Recreation/Golf Course/Field Sports & Equine Sports.”

The Planning, Zoning & Adjustment Board recommended the denial of the entire proposed master plan amendment for Polo West when it heard the request.

There are already equestrian activities that take place at Polo West. When Straub became owner of the course, he converted the eastern 9-hole portion of the golf course to three polo fields and constructed a multi-purpose arena south of the clubhouse. The driving range along the west side of Greenview Cove Drive was also converted to a leveled grass field. A nine-hole course remains, along with a clubhouse and restaurant.

Similar to the soccer league run on parts of the proposed Pod 81 at Palm Beach Polo, the equine sports currently have been allowed through special use permits granted by the village.

The proposed access point at Greenview Shores Blvd. would have been concurrent with the entrance for Wellington High School, which raised safety concerns.

Prior to the meeting, the Polo West request to designate the land for “field sports” was removed by the applicant, while “equine sports” remained as part of the request.

Domb presented on behalf of Polo West. He agreed with the removal of field sports and detailed the reasons to allow for equine sports and events.

“We do believe that keeping nine holes and keeping the other portion of it for equestrian-related events in that area, in that part of town, is a good thing, not a bad thing,” Domb said. “It’s consistent with the visioning. It’s consistent with all of those things that were discussed as it relates what to do with a dead golf course. My client acquired the dead golf course, and he rebuilt it and enhanced it and put it out there. And, again, as an 18-hole golf course, it was not survivable, so we’ve cut back and added equestrian events. It has become somewhat more viable, and except for the soccer experience, I think that the overall experience at Polo West has been a good one.”

Attorney Matthew Pisciotta represented the Polo West Estates Homeowners’ Association, which opposed the master plan amendment in its entirety. He argued that the community was designated to have a golf course and there is no expectation that the property could be used for any other activity.

“The landowner’s application is incomplete,” Pisciotta said. “It either states that the plan that has been submitted has no impacts because they haven’t given enough information to assess whether there are any impacts, or that the impacts will be evaluated as part of some later development program, which is also unspecified. The intent of the code is to apply specific criteria… to evaluate master plan amendments.”

Napoleone found issue with the remarks by the applicant and his supporters that golf is a dying sport in general.

“The whole premise is flawed. You can’t premise your application because golf is dying if you killed the golf course. That’s my major flaw with this,” Napoleone said.

The council members, in general, found that the Polo West proposal was vague.