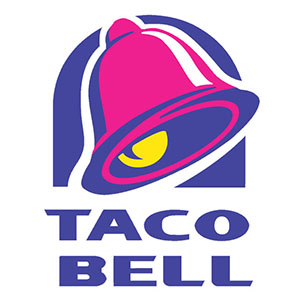 A long-shuttered Kentucky Fried Chicken restaurant in the heart of Wellington is slated to soon become a new Taco Bell location.

Wellington’s Architectural Review Board approved the elevations and signage for the proposed Taco Bell at the Wellington Marketplace on Wednesday, Jan. 17.

The fast-food Mexican restaurant will move into the former KFC drive-through location, which has been vacant for more than four years.

The applicant requested to update the drive-through lane, add an outdoor seating area and update the surrounding parking layout, which involves the reconfiguration and removal of four existing parking spaces outside the proposed restaurant.

The proposed exterior façade for the Taco Bell includes a stucco finish, tile roof, parapet wall and tower with a metal panel finish. The front façade includes dark rusted colors on metal panels for tower features, and a mixture of different tan colors throughout the building walls, broken up by the barrel-tile roof with metal crown molding, brick molding on the bottom of the building and metal slat panels on the front façade.

Board Member Ron Shamash thought the rear of the building did not have as many architectural features as the front, being plain in appearance.

“Can we ask them to put something there to make it look nicer?” Shamash asked. “Either like a molding… to make it less like an institution and more like a restaurant.”

Board Member Damon Robling was not as concerned about the rear façade.

“I think when you look at that rust-wall material, I think it’s going to have a lot more impact on the elevation,” Robling said.

Michael Palmer, the agent for the project, added to the detail of the site that he said would exist when seen.

“Normally, we don’t have the secondary tower that’s on the back half of that. We had to add that so that we had a place to end the existing tile roof,” Palmer said. “So, the tile roof that you see on the back half of the building is existing, and we wanted to leave that, because that’s basically the unifying element for the shopping center. In order to not just kind of end in space, we had to add this tower.”

Palmer emphasized the amount of variation that makes up the proposed design features for the fast-food restaurant, cautioning against the addition of added materials or variations in materials used on the building.

“There’s a lot of stuff going on here, and it might be hard to tell, but we have a fake-brick base because it’s another unifying element,” he said. “So, we have this brick base that’s added. We’ve got band. We’ve got stucco. We’ve got metal. We’ve got the rust-wall metal, we’ve got the metal slats and we have the existing tile roof, so there is already a lot going on.”

Palmer explained the effect and depth that the proposed materials will have on the space it exists.

“The tile roof sticks out and gives some shadows and depth,” Palmer said. “The rust tower also projects out above the tile roof. That gives some fenestration and depth to everything. Then the height of the slat walls also gives scale to what’s existing at the back of the building and what we’re adding to the front.”

Shamash made a motion to approve the elevations and signage, with the recommendation to add the Taco Bell logo to the sign above the restaurant entrance, seconded by Board Member Tom Wenham. The motion passed unanimously.