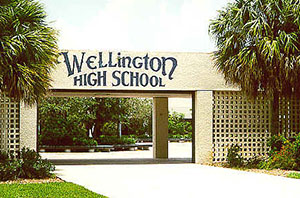 When students and faculty return to Wellington High School on Monday, the mood is likely to be somber given the recent deaths of one current teacher and two former teachers.

Geoffrey Shank, Patrick Keenan and Bruce Kelly are being remembered by the school community as the new year begins. They were key components of the English and social studies departments during their respective times as teachers at the local high school.

Shank, 59, a social studies teacher, died Saturday, Dec. 23, surrounded by loved ones at Palms West Hospital. Born in Columbus, Ohio, Shank was a graduate of Ohio State University. He began teaching at WHS in the English department in 2001.

“We were probably about a generation apart in terms of when we were coming up, but we hit it off right away,” Rejc recalled. “If he had grown up the same time I had grown up, we would have definitely been the same close friends through high school and college, as we were in the professional setting.”

Rejc said there was almost no difference between Shank’s behavior in public and in the classroom.

“It was seamless. It was the same guy in and out of the classroom,” Rejc said. “And his commitment to his students was not something that wavered at all. It was unshakable. He always had that as the most important thing in regard to his days when he was at the school.”

Principal Mario Crocetti remembered Shank as a well-liked and well-respected teacher among his students.

“He kept it interesting in the classroom, good, thought-provoking discussions. He was a longtime sponsor of the Key Club, involved in community service projects. He truly enjoyed what he was doing,” Crocetti said. “He truly enjoyed working with students. The only thing I ever heard him talk about were his daughter and his students.”

English Department Chair Flora Rigolo remembered Shank as a friend and someone greatly loved by his students, and she said it shows through their actions.

“The kids created a GoFundMe page for him, so that tells you how much his students loved him. They initiated it. They visited him in the hospital.”

Keenan, 65, died on Friday, Dec. 15, surrounded by his family in the Tampa Bay area. He already had experience as an educator in Palm Beach County when he began to teach at the high school in 1990. He taught speech and English during his tenure at WHS.

Keenan battled esophageal cancer. He achieved his goal of walking with his graduates last school year before his retirement and moving to Tampa to be with his family.

Rigolo is a former student of Keenan’s who went from having him as a teacher, to a coach and mentor, to a friend when she began working at the school with him.

“Pat Keenan had this quality, where he just had a commanding presence,” Rigolo said. “When he was in front of the classroom, when he was teaching, you almost couldn’t help but pay attention, and he could do that with our AICE kids. He could do that with regular kids. Everyone paid attention and respected him when he commanded a classroom. It was a gift he had.”

Rigolo said Wellington High School is a family, and Keenan is an example of that.

“We had a new teacher last year. She came from Puerto Rico. She was all by herself, and she was lonely. He took her under his wing and made her feel like she was part of a family, even though she was so far away from home,” Rigolo recalled. “And that’s just Pat. That’s how he was with everyone. He’s part of the reason we were a family.”

Crocetti said Keenan was able to make it interesting in the classroom, and he would go further than that to stress the importance of many different things in his senior English classes.

“At the same time, he stressed the basic fundamentals, grammar, Latin and Greek root words, something that a lot of teachers don’t do anymore, and he had great success with it,” Crocetti said. “I think he impressed everybody with his work ethic and the way he battled cancer, and the way he came back and battled cancer for another year.”

Fellow teacher Paul Gaba remembered the great qualities that he saw in Keenan.

Gaba said Keenan cared deeply about the school and its image.

“He was definitely caring about how we as a school were perceived and the quality that we were,” Gaba said. “He wanted to be part of that to make sure that we were not slacking off. He wanted to be achieving and going over and above as individuals, as teachers and as a program.”

Kelly served as chair of the social studies department. He began at WHS in 1990 and retired around 2009, moving to Georgia with his family. When his friend Mr. [Richard] Fletcher became ill, Kelly returned to Wellington for six weeks several years ago.

“I just thought it was amazing that he would come down here and live in a hotel,” Crocetti said. “It would cost him more money than he actually earned as a substitute.”

Kelly, 70, died on Wednesday, Dec. 13, surrounded by his family in Georgia. He served in the armed forces as a helicopter pilot during the Vietnam War.

“He had a dry wit about him, so when he would deliver news to the department, or he would have a comeback to something someone had said, he was hysterical,” Rejc said. “There were times at lunch where we would leave with sore stomachs because he would make us laugh so hard.”

Rejc said the three teachers were all cut from a different mold, but would be remembered.

“When it comes to Mr. Keenan, Mr. Shank or Mr. Kelly, when it came to the classroom, and their students, and the curriculum, and the education, and the quality all across the board, these guys were unwavering on their professionalism,” Rejc said. “They were true professionals and gentlemen from the time that they started until the day they finished.”

There are plans for a memorial event in the near future, likely to be sponsored by Wellington High School, for students, teachers, staff and the community to remember Shank, who was currently teaching at the school.