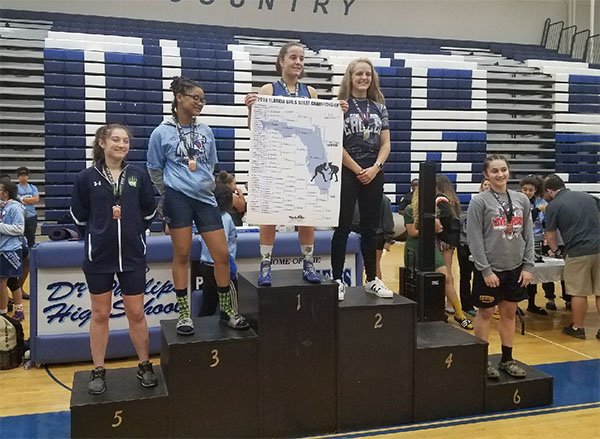 Wellington High School wrestler Hosanna Kropp (132 pounds), a junior, became just the second girl in Palm Beach County history to become a state champion at the Girls State Championships held last weekend at Osceola High School.  Kropp finished the event 5-0 with four pins and a 6-1 victory, where she surrendered her only point of the tournament.  Kropp placed second last year at the same event and was just moved on to the national girls rankings last week in the No. 8 spot by USA Wrestling.