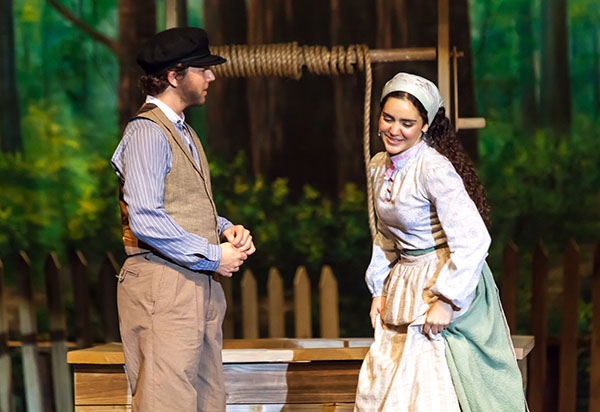 Suncoast High School ended the school year on a high note with a popular production of Fiddler on the Roof. The cast and crew were phenomenal under the direction of Stephanie Nixdorf. Fiddler marked the end of high school theater for the seniors in the cast, including longtime Wellington resident Darin Goldstein, who played Perchik. He will be attending Pennsylvania State University’s engineering school this fall. (Above) Darin Goldstein (Perchik) singing “Now I Have Everything” to Dayalis Zamora (Hodel).