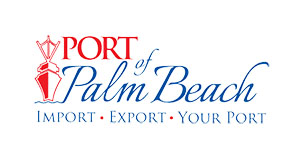 The three Democrats competing for the seat are Joseph Anderson, a facilities manager; Scott Holtz, a local attorney; and John Sansbury, a former port commissioner and county administrator. A fourth candidate on the ballot, Kesnel Theus Jr., has withdrawn from the race.

The seat has been occupied by Commissioner Peyton McArthur for the past four years. He currently serves as vice chair of the five-member commission. McArthur was attempting to run for the Palm Beach County Commission in District 2, but his failure to resign from the port commission prior to filing his paperwork to run for another office disqualified him.

The port is the 18th busiest deep-water port in the United States and the fourth busiest within the State of Florida. It is considered an export port with a ratio of 80 percent exports to 20 percent imports. Approximately 60 percent of consumables in the Bahamas originate at the port, and it is essential to several other Caribbean islands. The port employs 2,400 people through direct and indirect means and generates $260 business revenue and $12 million in state and federal taxes.

Joseph Anderson is a Palm Beach County native who attended Suncoast High School before graduating from Bethune-Cookman University in Daytona Beach. His past roles in public service include serving on the boards of the Office of Small Business Assistance, the Office of Equal Opportunity Fair Housing, and the West Palm Beach Housing Authority. His previous experience with the port includes serving on the Audit Committee for the 2014 fiscal year. He has run unsuccessfully twice before for a port commission seat.

“The port is near and dear to my heart,” Anderson said. “I grew up near the port. I played baseball there. My coach told us the sound of the ships’ horns was the sound of money.”

Anderson wants to see the same kind of economic development for Riviera Beach and the Broadway corridor that he witnessed at the ports of Miami and Fort Lauderdale. “I worked at the marina,” Anderson explained. “There is nowhere for the disposable income to go. We need a good relationship with the community of Riviera Beach. We need to connect the port to the community.”

When asked about differing views from the current commission, Anderson called for a “house cleaning” and wants a utility easement to be lifted so the port could procure more lay down area.

Anderson’s vision calls for razing the old Tropical building and using a Homeland Security grant to acquire the old swap shop. He also spoke about the possibility of working with Riviera Beach on a parking garage to free up land currently occupied by surface lots. His plan for this land includes a distribution center, which he believes will create important jobs for the county.

Scott Holtz grew up in Plantation. He was an assistant state attorney in Miami for three and a half years before relocating to Palm Beach County in 2013, where he is now a partner in Prestia Holtz PA in Lake Worth specializing in criminal defense and civil litigation. He served three years on the West Palm Beach Zoning Board of Appeals and currently serves on the West Palm Beach Nuisance Abatement Board and the Port of Palm Beach Audit Committee.

“I have often thought I wanted to continue public service,” Holtz said. “I live near the port. The port commission seems like the right opportunity for my skills and talent. I want economic development for the Broadway corridor.”

When asked about differing views from the current port commissioners, Holtz cited the restructuring of the lease with Stonerock Shipping of Riviera Beach. “The commission was bending over backward,” Holtz said. “I would have voted against [the restructuring] and tried to negotiate a better deal.”

“I have a broader vision for the community,” Holtz said. “It’s time for a new generation with fresh ideas to take the mantle. I am a first-time candidate, and I feel that’s important. The voters are tired of the same way with the same result. We need new leaders. We need a change. New navigation now.”

Holtz would like to see the port benefit more residents of Palm Beach County and not just those directly connected to it. He would like to strengthen the economy and create a jobs and opportunities task force that includes those involved in the port, business and community leaders, and clergy. He would like to create a job fair that expands beyond the communities traditionally associated with the port and has targeted Belle Glade and South Bay specifically.

John Sansbury is a name known to many longtime Palm Beach County residents. He served as county administrator from 1976 to 1986 and was rewarded by the county commissioners, who renamed a street Sansbury’s Way in his honor. Choosing not to stay out of local politics long, he next served as a member of the port commission.

Now, after more than 20 years, he is once again seeking that same office. “Eight years at the port kept me busy,” Sansbury said. “The port always interested me. It is an economic engine for the community. I want to be involved.”

Of his past tenure on the port commission, Sansbury highlighted the deed restriction placed on Peanut Island, which he credits for transforming the island into a premier Palm Beach County destination.

“When I was there eight years, there were only gambling cruises,” Sansbury cited as the biggest change from when he was last on the port commission. “We finally got a hold of decent cruise ships. I would like the port to serve the cruise community here and not in Fort Lauderdale and Miami.”

Sansbury agreed that the port could work closer with Riviera Beach. “I would like to see increased relationships with that community,” he said.

The debate between Anderson and Holtz has been particularly contentious at times.

Anderson claims Holtz does not have knowledge of the area, nor does he know about the port. “[The port] is at 100 percent capacity with two cruise ships,” Anderson said. “There is no room for a luxury cruise ship. We would lose money because a luxury cruise ship would offer fewer sailings each year. He would cut off our nose to spite our face. He cannot create jobs at the port. The port only has a staff of 60. He can’t add jobs when there are no wants or demands.”

Holtz cites the endorsement of Anderson by Commissioner Dr. Jean Enright, chair of the port commission, as proof that Anderson is an establishment candidate. “[Anderson] represents business as usual,” Holtz said. “It means keeping the status quo.”

Holtz claimed that he would vote with Commissioner Katherine Waldron — who appointed Holtz to the port’s audit committee — to bring new ideas to the port. Waldron defeated Anderson in the primary two years ago.

Sansbury chose not to comment on either of his opponents. He instead focused on himself and his 25-year record of service.