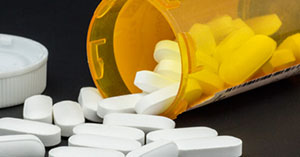 Opioid abuse has spread through the nation like a plague, afflicting hundreds of thousands of individuals and killing an alarming 115 people a day — or 42,249 a year — in 2016 as a result of overdoses. The epicenter of this plague is South Florida, and Palm Beach County in particular, which is home to one of the largest collections of rehab and recovery centers in the nation.

There is an insidious quality to opioid addiction that makes it stand out among other drug addictions. Many of the addicts who first come in contact with the drug do so in a medical situation, where they are prescribed an opioid for a legitimate temporary or chronic pain.

Patients who never before abused drugs or alcohol suddenly found themselves addicted to opioids at a time before most physicians understood the full ramifications of opioid dependence.

Statistics from the U.S. Department of Health & Human Services estimate that 21 to 29 percent of patients misuse opioid prescriptions, 8 to 12 percent become addicted to opioids and 4 to 6 percent later transition to heroin. Most alarmingly, it is estimated that 80 percent of heroin users first used opioids.

Many of these patients in recovery live in sober homes, which have become a big business, rife with corruption. Unscrupulous middlemen have been known to receive payments for referring patients to illegal sober homes, in what has become known as “patient brokering.” This often results in patients not receiving proper care, relapsing in their addiction, and suffering adverse health effects and even death.

The issue of illegal sober homes even occurs in Wellington, where just this past January, two Wellington residents — Tovah Lynn Jasperson and Alan Martin Bostom — pled guilty to insurance fraud and money laundering in relationship to sober homes and treatment centers.

Despite one of the most toxic political environments in U.S. history, two important figures from differing sides of South Florida politics have come together to address what some call the largest crisis facing Palm Beach County.

U.S. Sen. Marco Rubio (R-FL) has been a leader on this issue, as has Palm Beach County State Attorney Dave Aronberg.

In May, Rubio introduced the Sober Home Fraud Detection Act and once again he is back working with U.S. Sen. Amy Klobuchar (D-MN) on the Eliminating Kickbacks in Recovery Act.

Rubio spoke with the Town-Crier about the importance of this issue and the new legislation working through Congress.

“[The opioid crisis] is ravaging communities in Florida,” Rubio said. “Hundreds of thousands are affected in different ways. It’s straining local services. We’ve been brainstorming what we could do.”

Improving the quality of sober homes in Palm Beach County seemed a logical step, since patients in illegal sober homes are not being cured, Rubio said. “They’re trapped in a cycle of perpetual rehab,” he explained.

Rubio stressed that legislation is only the start of a process and success would ultimately depend on enforcement.

“I hope so,” Rubio responded when asked if he had the support of U.S. Attorney General Jeff Sessions. “We’ll see how its enforced. The U.S. attorney needs to enforce it. The FBI can bring a lot of pressure. There are gaps at the state level. A federal statute can bridge [the gaps].”

Rubio took time to address the insidious nature of opioid addiction and how it has affected him personally.

“People are overdosing because of substance abuse,” he said. “It’s ravaging parts of the Northeast. It is sad, people get into it after injury or surgery. They end up on the street unable to fight off the addiction. A friend from high school had a work-related injury and became addicted to an opioid substance. He received medical treatment and is better now.”

Perhaps most tragic is when mothers addicted to opioids give birth to opioid-addicted infants.

“We need a study on neonatal care,” Rubio said. “We need best practices on treating an infant. There is no opioid rehab in the neonatal ICU field.”

Rubio also touched on the way physicians and dentists have been changing the way they write opioid prescriptions.

“Physicians and dentists won’t write [as much as they used to],” Rubio said. “There’s more awareness. That’s positive.”

Rubio concluded by discussing ways state, local and federal agencies can work together.

“A joint investigative task force can look at overdose calls and code enforcement,” Rubio said. “Government can work together.”

Aronberg — a Democrat — is supporting the efforts of Rubio and the opioid legislation. Aronberg leads the Sober Homes Task Force in South Florida and is credited with bringing the issue of patient brokering to Rubio’s attention.

“It is critical that our federal partners have the tools available to assist local efforts to combat the fraud and abuse that has plagued the legitimate treatment industry,” Aronberg said. “We appreciate the support from senators Rubio and Klobuchar to empower federal prosecutors to go after corrupt kickbacks to patient brokers.”

Bromberg touched on how dangerous an improperly managed sober home can be and how one patient’s misstep can affect the entire home.

“[Illegal] drug rehabs and sober homes [in Palm Beach County] import patients from all over the country,” Bromberg said. “One patient relapse can trigger them all.”

Bromberg explained how an overdose causes a patient’s death.

“They stop breathing and go into arrest,” he said. “It suppresses the respiratory systems.”

Bromberg stressed that Wellington Regional has been successful in saving patients who come in following an overdose, but quality, long-term care, such as properly managed sober homes and rehab facilities, are what’s needed.

“We have the resources to treat them in the acute setting,” Bromberg said. “We can’t stop them from having the same problem the next day. There’s not a lot of background support for rehab.”

Bromberg also noted that the crackdown on opioids has resulted in an increase in addicts using heroin. The act of denying an addict an opioid does not cure them of their addiction, but instead forces them into a more dangerous drug.

“Since pill mills have been shut down, addicts have migrated to heroin,” Bromberg said. “There are more overdoses. The strength and the dose are different. It comes from China and is cut with fentanyl, carfentanil and sufentanil. It’s 10 times stronger than morphine.”