Wellington residents will get a chance to review proposed plans for the Wellington Town Center project and offer comments about their likes, dislikes and ideas at a public input meeting set for Monday, Dec. 17 at 7 p.m. at the Wellington Community Center (12150 W. Forest Hill Blvd.).

“This will be the first of a minimum of two publicly advertised meetings for public input,” said Wellington Village Manager Paul Schofield, who explained that the council was very clear on the importance of public input. “The council said before we move forward, we would have to have this public outreach.”

“The Town Center project is an outgrowth of the work we have been doing for the past decade,” Schofield said. “Now, as we look forward to the next decade, we are making plans.”

The meeting will be an opportunity for the public to see what might be done and make comments.

“We will have six tables set up with each devoted to displays of one of the elements of the project,” explained Michael O’Dell, Wellington’s assistant director of planning, zoning and building. “There will be an introduction with a five-minute video running to explain the background… and tables for the waterfront, the development along Ken Adams Way, greenspace and water features, and a space to write down comments.”

In addition to the stations where discussions will occur, the meeting will have a facilitated session where residents are encouraged to voice their ideas and thoughts about the proposals.

The various components and others yet to be developed, together with existing improvements, are being discussed in the public meetings to gain information to use in the development of the initial phase of the project. 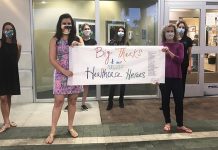 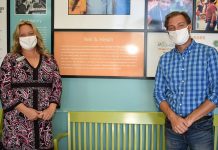 County Virus Surge Slowing, But That’s Not A Sign To Ease Vigilance

Next Town-Crier print edition out August 14.