The Royal Palm Bassmasters held a fishing tournament March 23-25 on Lake Istokpoga out of Henderson’s Fish Camp in Lake Placid.

The Royal Palm Bassmasters meet on the second Thursday of each month at 7 p.m. at the Royal Palm Beach Recreation Center, located at 100 Sweet Bay Lane. The club is now accepting applications for new teams and alternates. For more info., e-mail rpbassmasters@gmail.com, visit www.facebook.com/RoyalPalmBassmasters or call (561) 644-6269. 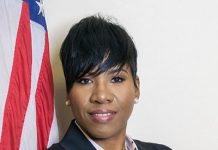