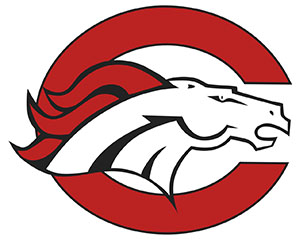 On Thursday, Sept. 9, the Palm Beach Central High School Broncos won their third-straight game of the season when they traveled to Boca Raton High School to play the Bobcats.

On Friday, Sept. 17, Palm Beach Central made the short trek to Royal Palm Beach High School to play the Wildcats. The Broncos prevailed, blanking the Wildcats 70-0 and increasing their streak to four straight wins.

Haston led the way for the Broncos, as he completed 15 of 19 passes for 404 yards and six touchdowns. Bronco Luby Maurice caught two of those touchdown passes, while teammates Markel King, Justin Bostic, Javorian Wimberly and Cody Wasielewski each caught one.

Palm Beach Central running back Aldorson Estinvil ran six times for 61 yards and a touchdown. In their four wins to date, the Broncos (4-0) are averaging 53 points per game and are allowing an average of 12 points per game.

In the game against Palm Beach Central, Royal Palm Beach’s top two players were Donovan Grier and Jeremy Lawler. Grier had 59 yards rushing, and Lawler had five tackles on the night, one of which was for a loss.

The Broncos have a bye week on Friday, Sept. 24. Their next game will be at home on Friday, Oct. 1 against the Jupiter High School Warriors.

Royal Palm Beach High School’s next game will be a non-district matchup at home on Friday, Sept. 24 against Park Vista High School. The kickoff will be 6:30 p.m.

Wolverines Fall To The Gators In Close Game

The Wolverines started the game with one of their highlights of the season to date. Wellington’s Reece Larson returned the opening kickoff 85 yards for a touchdown to give Wellington an early 7-0 lead.

However, by the fourth quarter, Wellington trailed 24-15. The Wolverines closed the gap when Larson hauled in a 29-yard touchdown pass from quarterback Ryan Anthony on fourth-and-10. After a successful two-point conversion, Wellington trailed by just one point, 24-23. For the rest of the game, however, the Wolverines could get no closer. Both of Wellington’s losses so far this season have been by just one touchdown.

The Wolverines’ next game will be a district matchup on Friday, Sept. 24 at John I. Leonard High School in Greenacres.

On Friday, Sept. 17, the Seminole Ridge High School Hawks traveled north to Stuart to play Martin County High School in a district matchup. Going into the game, both teams were undefeated.

In the game, Martin County took an early 7-0 first-quarter lead. In the second quarter, the Hawks responded with a rushing touchdown by Sean Tirado to narrow the score to 7-6. A missed PAT kick left the Hawks trailing by one.

The Tigers countered with a pair of touchdowns to take a 21-6 halftime lead. After the intermission, the Hawks defense stiffened, only allowing one second-half field goal by the Tigers. However, the Hawks’ offense was unable to mount a response, and Martin County prevailed over the Hawks, 24-6.

The next game for the Seminole Ridge (3-1) will be on Friday, Sept. 24 at Inlet Grove High School in Riviera Beach. Kickoff is set for 7 p.m.