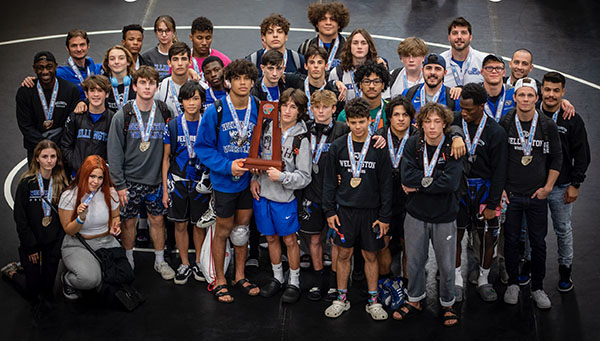 The Wellington High School wrestling team finished as the FHSAA state runners-up last weekend in the dual team competition. It was the team’s fifth trip in the past six years, and the first time the Wolverines have advanced to the finals. The squad defeated Fort Pierce Central in the quarterfinals 37-25, then Flagler Palm Coast 43-25 in the semifinals before falling to Palmetto Ridge in the finals. It was a true team effort, but there were some standout performances by individuals, including James Marvel, Sam Marvel, Juan Quintero and Cameron Gibson. The team advanced to the FHSAA dual state championships, held at Osceola High School in Kissimmee, with key victories the previous weekend — a 61-15 win over Jupiter High School and a 59-15 win over Olympic Heights High School.