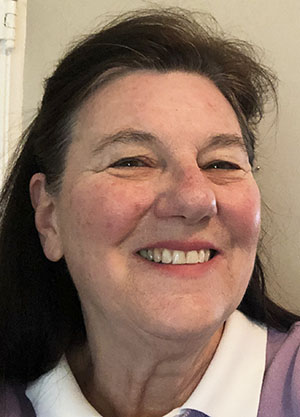 When I first came to Florida, I managed several toy stores. It was a fun job, and the customers (especially those under 18) were the best. The trouble started right around November, however, when the seniors started coming in, looking for holiday gifts to mail to their grandchildren far away.

Back then, Florida was still ruled by retirees who had maybe seen their grandchildren once that year. The kids’ school photos from kindergarten (five years before) were still up on their refrigerators. But they loved these little people and wanted to get them gifts that would blow their socks off. They just didn’t know what those gifts were. It’s not like they were sitting around watching cartoons every Saturday morning, being brainwashed by Big Toy.

But their hearts were in the right place. So when they told me their grandson wanted a karate frog named Renoir, I would diplomatically steer them to the Teenage Mutant Ninja Turtle named Michelangelo. When they told me their granddaughter liked horses, I knew a My Little Pony would fill the bill. Troll dolls, Pound Puppies and Strawberry Shortcake were big. Rubik’s Cube (now enjoying a resurgence), Micro Machines and Masters of the Universe action figures were hot. And, if a grandparent wanted to out-do even Santa Claus himself, they could always purchase the first Nintendo Entertainment System for $149.99… if they could find one.

The clerks and I (all in our 20s and 30s) were quite amused by these grandparents and what they didn’t know. We chuckled about these people (who had pulled us out of war and saved the world) and how out-of-touch they were. We appreciated them but, really — not knowing who Skeletor was?

That was then. This is now. Now I’m the grandparent. I’m the one trying to purchase informed gifts without a clue.

My latest foray into the all-new, all-exciting world of toys had me roaming the aisles of Target, looking just like those WWII survivors of the 1980s — perplexed, lost, alone. In fact, I would have added my name to the very long list of Well-Meaning Grandparents Who Bought the Wrong Thing, if not for a very helpful (and not at all snide) young man in the electronics department.

Today, grandparents have an out — the gift card. Don’t know what to get? A gift card is the answer. Many grandchildren consider us too old and feeble to drag ourselves to the post office anyway, so a gift card sealed in an envelope and attached to our mailbox as outgoing is the perfect excuse. But, as it turns out, even this simple answer is not so simple.

Having given up all hope on getting the right things for my teenage grandchildren, I came to the counter holding two Google Play gift cards. “These are for downloading games and things onto your phone, right?” I asked the clerk, so proud to have been able to use the word download in a sentence.

“Well, do they have Android phones?”

“Do they have Android phones or Apple phones?”

“Do their conversation bubbles come up in blue or in green? When they text you.”

At that point, I just handed him my phone. In two swift swipes, he figured out I had the wrong thing. He steered me to the right thing. He rang me up on the register, no line, no waiting. He complimented me on my (ugly) Christmas sweater. I was saved! I had bought the right thing! All was not lost! Unless, of course, they get Android phones for Christmas.