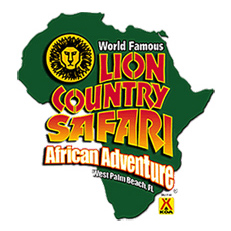 At the May 3 meeting, safari representatives asked to transfer 11.35 acres of land from the existing drive-through park to the walk-through village to make it a total of 65 acres.

Palm Beach County Planner Joyce Lawrence said her office received a request from the applicant May 2 to delete the lighting conditions, which staff supported because of conditions of approval that require them to be off by 10:30 p.m.

County staff, however, did not support a modification deleting restrictions on live concerts and other attractions at the park. She added that the county has received a handful of phone calls from the public over noise concerns.

“We have tried very hard to be good neighbors [to those] who have come in while we’ve been there all these years,” Kilday said. “I think it’s reflective of the fact that we don’t have violations. We don’t get cited. We really don’t get complaints.”

Kilday said the park had an open house recently to explain its expansion plans.

“Because we were asking for something new, we figured the community would want to know about it,” he said. “We did hold a meeting two weeks ago. We sent out 650 invitations to everyone in Deer Run and everyone in Fox Trail because they share our road as well.”

Kilday said the safari takes up an entire square mile of land, with most of the area in the drive-through park. There is also a 300-foot buffer. “We actually have a football field of natural vegetation and trees, and in fact we have much more than that in most areas,” he said.

Kilday noted that the expansion area is more than a quarter mile from the nearest property line. The walk-through village itself is almost at the center of the property and is running out of room for additional attractions.

“Like any attraction, you need to add something every few years to keep people coming back,” Kilday said. “We have some tourists, but we have a lot of local families, and we like to give them something new.”

The walk-through village has a variety of displays, rides and entertainment that have been changed over time. There’s a 53-foot Ferris wheel, but Kilday noted that the area is heavily landscaped, which masks the wheel until visitors are fairly close to it.

There is also a giraffe feeding area, which Kilday said poses a challenge since the park currently has a 25-foot height limitation and the giraffes are 17 feet tall.

The area also has animal rides and a splash playground, which is the most recent addition, built in 2006.

“In the summer when attendance is down, people actually come out and spend two or three hours when they get to this part of the park,” Kilday said.

He added that the splash park features recorded music. “I wanted to say that because it’s next to the area where want to build a stage and the recorded music plays there every day,” Kilday said. “We’ve never received a comment from a neighbor.”

Plans for the new area include a zip line, for which the safari is requesting a 70-foot height exception.

“That doesn’t mean that everything we do will be at 70, and it probably won’t,” he said. “There is a pole that brings the zip line up to its maximum height, even though people will be down at the 50-foot range.”

Another addition is to be a water-themed Aqua Course, which will have several levels.

Conditional use modifications requested in the letter from Kilday include outdoor lighting that would be extinguished no later than 10:30 p.m., and live and recorded music in the 400-seat, 9,150-square-foot educational stage/theater area limited to uses ancillary to the zoo. Other uses such as live or pre-recorded outdoor concerts, musical performances, auctions, circuses, gun shows and tent revivals would not be permitted.

“We currently have a 150-seat arena, but it’s very antiquated,” Kilday said. “We would request to move all our animal presentations to that stage. We would like on some Saturdays to have live music as part of that event, not as a separate event.”

Commissioner Robert Curry said he had little concern about the music, which is kept at a relatively low volume. Walking down the trails, which have recorded music, he said he could not hear it from 100 feet away.

Commissioner Sherry Hyman also favored the modification requests. “I would have liked to go to the open house you held and seen the animals,” she said. “I also approve of the changes you made.”

Hyman made a motion to approve the changes, which passed unanimously. The modifications must still be approved by the Palm Beach County Commission.