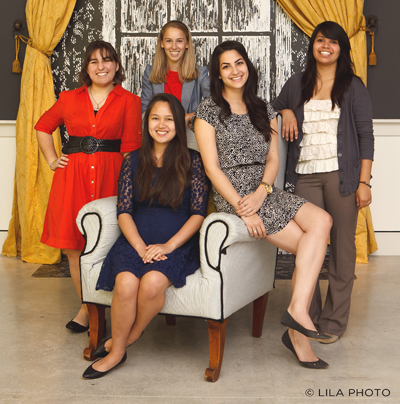 The Norton Museum of Art has announced “Watercolors from the Collection,” a special exhibition on view from Aug. 3 through Oct. 4, featuring 14 rarely exhibited works on paper by European and American artists.

From Paul Signac’s 1925 neo-impressionist landscape The River, to George Grosz’s politically charged Eaten and to be Eaten from 1929, the exhibition highlights a broad spectrum of styles and subjects represented by watercolor and gouache (opaque watercolor) paintings created between the 1870s and 1950s. During this time, some of the United States’ most adventurous artists, including Charles Burchfield and John Marin, were best known for their watercolors. Artists such as Fernand Leger and Amedeo Modigliani used watercolor to explore ideas for avant-garde works in other media. In addition to these artists, the exhibition also features works by Marc Chagall and Charles Demuth, as well as paintings by members of a later generation, including Andrew Wyeth and Sam Francis.

In conjunction with the education and curatorial departments, the exhibition was organized by the museum’s 2012 summer interns: Camille Cohen of Jupiter, who will be a junior at New York University; Eladia Morelos, a West Palm Beach resident and rising senior at Forest Hill High School; Allison Parssi of Wellington, a 2012 graduate of Wellington High School and incoming freshman at the Rochester Institute of Technology; Caroline Posner, a resident of Boca Raton and rising senior at Spanish River High School; and Lisa Slomka of Lantana, who will be a sophomore at the University of Notre Dame.

Aside from curating “Watercolors from the Collection,” the interns work on projects with staff in all departments of the museum. Among several responsibilities, the interns lead museum tours for summer camp groups as well as participate in discussions with community art professionals.

Parssi is a resident of Wellington and graduated in the Class of 2012 from Wellington High School, where she was a member of the French Honor Society, the National Art Honor Society, the golf team and served as a math tutor. This fall, Parssi will attend the Rochester Institute of Technology, where she plans to double major in photography and math. She loves large-format photography and is the 2012 winner of the Palm Beach Post Pathfinder Scholarship Award for Visual Arts. She also has an interest in metalsmithing and jewelry design.

Cohen, a resident of Jupiter, is a rising junior at New York University. She is working toward a bachelor’s degree in individualized study with a concentration in art history and communications. Her love for art and visual culture led to a year-long internship with the Stephen Haller Gallery in Manhattan. Cohen’s interests in traveling and exploring museums have inspired her to work in the art field.

Morelos, who lives in West Palm Beach, will be a senior in the International Baccalaureate Diploma program at Forest Hill High School, where she is the president of the art club. She loves viewing modern, street and contemporary art. Salvador Dali, Fred Tomaselli, John Baldessari, Kiki Smith and Swoon are among the artists who inspire her artwork, and her desire to major in the visual arts.

Posner, of Boca Raton, is a rising senior at Spanish River High School. Art plays a significant role in her life through her work as editor-in-chief of the school newspaper, The Galleon, and her job as an art class teaching assistant. In addition, Posner loves the study of global affairs, diplomacy and foreign languages, and aspires to work as a diplomat in the Foreign Service.

Lisa Slomka hails from Lantana and is a rising sophomore at the University of Notre Dame. She plans to apply for the school’s Bachelor of Fine Arts program, which is the honors program within the Department of Art, Art History and Design at Notre Dame. She is interested in a career as an animator and hopes to intern at an animation studio in the future.

The Norton Museum of Art is located at 1451 S. Olive Ave. in West Palm Beach, and is open from 10 a.m. to 5 p.m. Tuesday, Wednesday, Friday and Saturday; 10 a.m. to 9 p.m. Thursday; and 11 a.m. to 5 p.m. Sunday. It is closed on Mondays and major holidays. General admission is $12 for adults, $5 for students with a valid ID, and free for members and children age 12 and under. Special group rates are available. Palm Beach County residents receive free admission the first Saturday of each month with proof of residency.