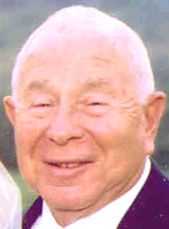 You may not know the Minister of Forestry in Equatorial Guinea, but Teodorin Nguema Obiang Mangue sure knows all about the United States of America. After all, he has purchased a $30 million Malibu estate, plus a $38 million private jet here, as well as more than $1 million in Michael Jackson memorabilia over the last decade.

What is truly amazing about this mid-30s “financial genius” is how, on his less than $7,000 per year salary, he has also bought an $80 million home in Paris, a $15 million property in San Paulo, about $6 million of various specialty wine products and paintings by Renoir, Degas and Gauguin. Did I mention Teodorin is the son of Teodoro Obiang Nguema Mbasogo, the extremely longtime dictator of Equatorial Guinea?

What suddenly has brought these incidental facts to the limelight? It turns out that the United States government has filed a complaint that documents amazing corruption, including detailed allegations of huge bribery and money laundering by the heir-apparent in oil-rich Equatorial Guinea. It says Teodorin built up his fortune by forcing foreign lumber companies to pay him off for logging rights — big-time. It hints at oodles and oodles of cash-filled suitcases exchanging hands, for example.

A top Justice Department official recently stated, “The United States will not be a hiding place for the ill-gotten riches of the world’s corrupt leaders.”

With this type of United States government reaction, it may turn out that much of New York City’s high-end residences and commercial buildings may come in for extra scrutiny.

Wasn’t there recently a story about another oil-producing nation’s potentate offering $100 million for a yet-to-be-built Manhattan penthouse space? He topped my bid by a few dollars.