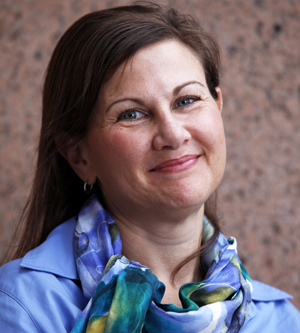 Both Epstein and Bock are Democrats, but since there are no other candidates in the race, the Aug. 14 election is open to all county voters. The winner will claim a four-year term.

Epstein is a graduate of George Mason University who has been living in Palm Beach County since 1997.

Working as an oncology nurse, she began investigating lenders in 2007 when she noticed changes in the traditional response from mortgage lenders regarding her cancer patients saying they would work out something with their families to pay their mortgages.

“Something changed in 2007, and their families and I weren’t able to get anywhere, and it really weighed on my suspicions,” Epstein said. “Something had changed. Something was different.”

Epstein said she considers herself pretty persistent and able to work around bureaucracies, HMOs and insurance companies that want to deny treatments, medications or testing.

“Then, in my own personal life, I was facing financial issues right after the crash and went through the same rigmarole I saw my patients going through,” she recalled.

With her curiosity piqued, Epstein started spending her time off at the county courthouse observing foreclosure court, researching cases, looking in official records and visiting the Securities and Exchange Commission web site for the regulatory filings of mortgage-backed securities investments during the real-estate boom.

“I became one of a very small group of whistleblowers into the financial fraud and foreclosure fraud story,” Epstein said, noting that putting the puzzle together took about 18 months of nonstop work.

Once the pervasive fraud was uncovered, she believed that there would be more than just congressional hearings, consent orders and settlements. “I thought there would be some sustainable solution to keep millions of families in their homes, and there isn’t, there really isn’t,” she said.

Epstein also thought representatives would implement policies to protect families within their constituency, but found resistance at state and county levels. “We saw our attorney general fire the foreclosure fraud investigators, so, I decided I would throw my hat in the ring and run for a position [where] I wasn’t just a citizen advocate,” she said.

Epstein said she chose to run for county clerk because one of that office’s main duties is safeguarding the integrity of the public records. “The financial services industry has filed what we know are tens of thousands of records in our own county that are forged, fraudulent or fabricated — a crime in Florida statute, and it affects our property rights,” she said.

Epstein said it also affects title integrity for people far outside the foreclosure crisis. “It affects our ability to have faith in conveyance of real estate for decades,” she said.

She is also concerned about the concentration of county investments in bailed-out banks. “Out of the $1.45 billion investment fund of county investments, about 56 percent is in Freddie- and Fannie-backed securities, so, that’s guaranteed by us, the federal taxpayer,” Epstein said. “I think we really need to look at this and examine what it means for us as American taxpayers, who are asked to bail out Fannie and Freddie continually. If counties across the state, across the nation are doing this, this is an unsustainable model.”

Epstein also points out that Wells Fargo Bank, the county’s depository institution, recently signed a settlement on discriminatory lending practices with fair housing groups because it maintained homes better in upscale neighborhoods than it did in minority neighborhoods. “Are any of the other banks any better? I don’t know, but I think that we should look at other alternatives than continuing to support institutions that have been so damaging to us, our county, our state, our nation,” she said.

Epstein believes elected officials should represent the people who elect them. “I, as a nurse, a citizen [and] an advocate, have always put people first,” she said. “Everything in my professional life and personal life really shows that I have the No. 1 qualification, which is to represent people, and would be willing to take great personal risks to do the right thing.”

She thinks the top issues in the race include acknowledging the violation of the authenticity of land records, the reduction of hours at the clerk’s offices as a result of budget cuts and promoting more awareness of what the clerk does.

“What would be a crime for a citizen to commit is being done countless times by the financial services industry, and we need to really from the local level start holding them accountable,” Epstein said.

During the campaign, she has found that few people know what the clerk’s office does. “Everyone knows what the sheriff does, the supervisor of elections, the tax collector, the property appraiser. Very few people, even civically engaged people, are clear [on the role of the clerk],” Epstein said. “I think that’s a deficiency.”

Epstein said she is better qualified because she really wants to make a difference for the people she represents. She wants to look at the financial reports with the same zeal and intellectual curiosity that she did when she was researching the SEC filings. “I want to get to know the employees,” she said. “There are over 700 employees. I want my leadership and personality traits to filter down.”

She would begin by introducing herself to all the staff. “I don’t want to go in and clean house overnight,” she said. “I want to go in and learn who people are and what they believe is the best that can be done to move the office forward.”

Epstein also wants to investigate what she believes is foreclosure cost shifting by bank law firms onto the clerk’s office to do legal research. “This happens to the detriment of the taxpayers,” she said. “We really can’t afford it anymore.”

Epstein is concerned about the state’s financing reduction not only to the clerk’s office but the judiciary as well. “It seems that the state is really trying to de-fund the judiciary, and we need to get that message out there because the judiciary plays such a key role in society,” she said.

While Epstein has been called a one-issue candidate focusing solely on the foreclosure crisis, she said that is one outcome of a financial fraud crisis that brought down the entire economy, causing massive unemployment and cutbacks.

“The cutback in services in [the clerk’s] office is the direct outflow of the financial fraud crisis,” she said. “Until we, as a nation, as a state, and as a county, start holding our elected officials accountable to standing up and protecting citizens, it is just going to drag on and happen again.”

Epstein said the public’s confidence in government and the judiciary is being eroded. She said voters should vote for her because she can make a difference.