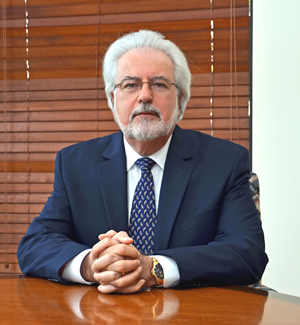 Several Wellington businesses could be harmed by a recent village decision to strictly enforce hours of operation in some areas, Wellington Chamber of Commerce President Alec Domb told members of the Wellington Village Council on Wednesday.

Domb (shown above) said he was prompted to speak out on the issue after at least 13 businesses located within 300 feet of homes received applications Wednesday that could allow them to extend their hours, if approved.

“Unfortunately, the problem with that is the application fee is $3,000,” he said. “In addition to that, the application requires every applicant to fill out the history of all development orders on the property.”

Because council members recently gave special scrutiny to a development order application regarding the Palm Beach International Equestrian Center due to an incomplete site history, Domb argued that business owners could face the same scrutiny.

“That’s going to cost them thousands of dollars to hire consultants and attorneys,” he said.

These businesses, Domb said, have been operating under their current hours of operation for many years, but not necessarily within the 6 a.m. to 11 p.m. time frame required by the village.

“It will take thousands of dollars and between four and six months for someone like Ultima Fitness to be able to open at 5 a.m. instead of 6 a.m. so people can come and work out before they go off to work,” he said. “I ask that you take a look at the process.”

Earlier this month, the issue of enforcing hours of operation for some businesses and not others came to a head when council members chose to apply additional conditions to the Grille Fashion Cuisine, which had been seeking, among other things, extended hours of operation.

Representatives for the Grille argued that other businesses — namely, the Players Club — are open substantially later and given a competitive advantage.

During council comments Wednesday, Councilman John Greene said he thought Wellington was only going to survey local businesses about their location and hours of operation.

“But I’ve talked to some people today, and it seems like they have to be in compliance or else,” he said.

Village Manager Paul Schofield said that Wellington had sent courtesy notices to any business that had received a notice of violation.

“It basically said: ‘Here are the regulations that exist and the hours. It appears that you are in conflict with those hours,’” Schofield said. “They could then come in compliance with those hours, or they could apply for the extension. If they choose to apply, we would suspend enforcement through that process.”

He noted that the council had directed staff to enforce the measures during its discussion of the Grille.

“We were told to enforce the ordinance the way it was written,” Schofield said. “None of the businesses received notices to appear. It’s basically notices that they are not in compliance.”

Greene asked whether village staff had selected certain businesses, and Schofield said it had selected only those within 300 feet of a residence that were not in compliance.

Schofield noted that it had only been two weeks and that Wellington was counting on receiving feedback from those businesses about what they would like to do.

“Some have decided to operate within compliance of the code,” he said. “Others will apply for extended hours, or modification of the code.”

Schofield said it would be up to council members whether they would want to modify the ordinance. “The council has policy decisions to make,” he said. “You can be assured this will be coming before you.”

Greene said he was concerned that these businesses would have to pay the fees, cut their hours short or risk being cited.

“I don’t think it’s responsible for this council and this village to put an undue burden on these businesses,” he said. “I think the best way to remedy this would be to treat everyone fairly.”

Schofield said that staff would be drafting options for the council once they received more feedback.

“Until we know what the businesses want to do, it’s hard to draft any policy,” he said.

But Councilwoman Anne Gerwig said that changing the code to be more lenient would be unfair to businesses that had already come before the council to get a change.

“The Grille and Dunkin’ Donuts had to pay the $3,000 fee,” she said. “Where is the fairness in that? The problem is you’re saying that if you have a more viable business and can afford the $3,000, you’re in one category. If you can’t afford it, you’re in another category. I believe we need to treat everyone fairly, and we haven’t done that.”

Schofield said that council members would get a chance to consider the matter at a later date.