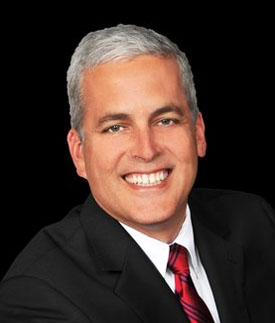 Robert Gershman hopes that voters will see beyond party lines this election and choose him to be the next Palm Beach County state attorney due to his experience, dedication and management abilities.

A Los Angeles native, Gershman received his bachelor’s degree in accounting from George Washington University and his law degree from Nova Southeastern University. He lives in Boca Raton with his wife, Cindy, and his two children.

During his time in law school, Gershman interned at the Palm Beach County State Attorney’s Office. “I was hired at the end of my internship,” he said.

He worked for the office from 1991 to 1996 as a prosecutor before opening his own practice as a criminal defense attorney. Gershman said he has both federal and state experience but specializes in death penalty cases.

“I’m one of the few attorneys certified to try death penalty work,” he said. “I’ve prosecuted them as well as defended them. To defend death penalty cases, you can’t be an ordinary attorney. I have increased credentials.”

Gershman’s most high-profile cases have included the Dunbar Village rape case and the case where a family was gunned down on Florida’s Turnpike. He said that his experience makes him the best-qualified candidate for the position of state attorney.

“I’m the only practicing attorney,” he said. “I’m the only one with state criminal experience, both in prosecution and defense. I’m also the only candidate equipped to handle grand jury depositions.”

He said he wouldn’t criticize the performance of former State Attorney Michael McAuliffe, but noted he would do some things differently.

“It’s hard to criticize what I don’t know. I will say that I believe in finishing what I start,” Gershman said in a reference to the fact that McAuliffe left a year before his term ended to take a job in the private sector.

If elected, Gershman said he would shift more responsibility to assistant state attorneys, giving them the freedom to settle their own cases.

“The assistant state attorneys must have discretion,” he said. “I think there is a fear in there that the person whose case it is can’t make their own decisions. They fear that if the case is resolved for something different than what a higher-up wants, then bad things will happen to that person. I never had those issues when I was an assistant state attorney.”

He said, however, that he thought current interim State Attorney Peter Antonacci’s relationship with Aronberg was keeping him from investigating several issues Gershman had brought forward.

“I think there’s a relationship between him and my Democratic opponent,” Gershman said. “I think it’s to the detriment of the other candidates. For example, I made a request that he investigate campaign issues going on, and he said that he couldn’t because there would be the appearance of impropriety. He didn’t offer to pass it along to anyone.”

He pointed to Antonacci’s donations to the Democratic Party. “It makes me, as a candidate, feel as if I’m not being treated equally,” he said. “Whether I win or lose, it doesn’t matter as long as the process is fair.”

Gershman said that once elected, he would tackle county corruption issues, noting that he has had experience both prosecuting and defending public corruption cases.

Most notably, he served as defense counsel for former West Palm Beach City Commissioner Jim Exline, who faced tax charges. “I have that perspective,” Gershman said.

He has been disappointed that the Palm Beach County State Attorney’s Office has largely avoided corruption cases.

“There is no enforcement business-wise or government-wise,” Gershman said. “There should be grand juries. There used to be inquisitions. People should know. Those things should be made public.”

Gershman said he supports the Palm Beach County Office of the Inspector General and said he would gladly invite Inspector General Sheryl Steckler in to oversee the office. “It’s a public office, and it should be open and transparent,” he said.

Though candidates without party backing have not traditionally had luck in partisan county elections, Gershman said he chose to run in the general election rather than a Democratic primary. “I did not think I would have had the same chance to have my voice heard in an August primary,” he said.

Though some have characterized Gershman’s campaign as “sour grapes” for not receiving the support of the Democratic Party, he said that was not the case.

“It’s misplaced criticism,” he said. “I’ve been in private practice now for 16 years. I have one kid in college, and I’m a first-time political candidate seeking a job making far less than I make now. I think I am truly the most qualified person for this job, and I think it’s the right thing to do.”

While he has also heard criticism for his time spent as a criminal defender, that he helped put criminals back on the streets, Gershman said that was invalid criticism.

“I think representing death penalty defendants is the best thing any lawyer can do,” he said. “I’m proud of it, and I stand by it. I have heard that criticism, and I think it’s shortsighted. It’s not the reality, and to some extent, it is arrogant.”

Although it is not always easy to defend criminals, everyone deserves a fair defense.

“I’m proud to represent people like that,” he said. “It’s the best work there is. I would never say a person doesn’t deserve to be defended.”

Gershman added that he supports the death penalty. “I think it’s appropriate for certain offenders,” he said. “It is reserved for really evil people in society, and I do think those people exist.”

Although Aronberg has financial backing and name recognition, Gershman does not believe that he has the experience necessary for the job.

“His largest weakness is lack of experience,” Gershman said. “He has never tried a jury trial or dealt with issues before the state attorney’s office at all.”

He also pointed out that Keever has experience only in federal court. “She has no state court experience,” Gershman said.

Gershman said he hopes voters will recognize his extensive experience and choose him for this important post.

“I am the only candidate with the experience and knowledge to do the job,” he said. “I am bringing in the necessary perspective to make this office run fairly and justly.”