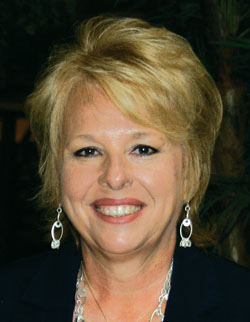 Republican Tami Donnally is banking on her financial responsibility, experience as an educator and roots in the community as she looks to unseat State Rep. Mark Pafford next month.

“I’ve spent my life serving people,” she said. “That is my goal — to serve people. It’s not to ever have a political career or make it about me. It’s about the community that I grew up in and that I love.”

Pafford, a Democrat who has represented District 88 since 2008, is running for the newly drawn District 86 seat. While his current district spans from West Palm Beach to Royal Palm Beach, the new district has much more of the western communities, taking in all of Wellington, Royal Palm Beach and Loxahatchee Groves.

A second-time candidate, Donnally came fairly close to unseating State Rep. Joe Abruzzo (D-District 85) in 2010. She took 47.5 percent of the vote. However, the new District 86 is believed to tilt slightly more Democratic than the current District 85.

Donnally is a longtime Palm Beach County resident. Her family moved here from Pennsylvania when she was in the second grade. She attended local public schools, graduating from John I. Leonard High School. She said she chose to run again because she wants to be a voice for residents.

“I have lived here my entire life,” she said. “I have a passion for the entire community. My roots are here. I want to work to make sure that my children, your children and your grandchildren have a Palm Beach County to grow up in like I had.”

While Donnally’s longtime home in suburban Lake Worth is not in District 86, she is renting a home in the area and plans to buy a home in Wellington.

Donnally holds a doctorate in religious education from Evangelical Bible College & Seminary in Greenacres. She has worked with the nonprofit EBC Ministries for more than 30 years, serving as both a teacher and principal at its Greenacres Christian Academy.

She now is the organization’s business administrator, a position she said has given her experience in financial responsibility and budget management. “I take care of the budget,” Donnally said. “It has been a rough couple of years. Things are getting a pinch better, but it has been rough.”

Part of her challenge, Donnally said, has been to find affordable healthcare options for her employees. “I’m happy to say that our nonprofit is doing well,” she said. “We have managed to maintain healthcare for all our employees. We haven’t gone anywhere. I think that is in large part due to good, conservative fiscal policies that I have brought to the organization.”

She said that among her top accomplishments is raising her daughter, Victoria, to be a financially responsible person. “I taught her from a very early age,” Donnally said. “She and her husband were able to buy their first home out of college.”

In addition to bringing her financial and business experience to Tallahassee, Donnally said that she would listen to all residents in the district. “I know people tend to want to put me in a box because of who I am,” she said. “But I listen to people, and I will hear both sides of an issue.”

Donnally, who classifies her political stance as “right of center,” said she chose to challenge Pafford because she believes that his voting record is anti-business.

“His voting record, as far as jobs and business go, is the worst in the legislature,” she said. “In another day and time, that might be a badge of honor. But if this election is about jobs and the economy, we need to work together. It seems like he votes no just to vote no.”

Topping Donnally’s list of priorities is bringing jobs to the state, and hopefully to Palm Beach County specifically.

“It truly is about getting people back to work,” she said. “I don’t want to talk about what to cut. I want to talk about how we can get more revenue in this state, [how] we get jobs. When people have jobs, they spend money. When they have good jobs, they have more disposable income. Businesses do better and can hire more people, and business can grow. It’s a snowball effect that will take place once we can get people back to work.”

To help attract businesses to the state, Donnally said she would look to cut regulations and reduce taxes on small businesses.

“Last year, the legislature identified over 1,000 duplicative rules and regulations that would hinder jobs,” she said. “They were able to eliminate 200 of them. So there are 800 more to go — and that was just scratching the surface.”

Donnally said she has spent time speaking with different industries to discuss more specific regulations. “Every industry has their own set of rules and regulations that they would like to see addressed,” she said. “I’d like to continue what the legislature has done.”

Donnally said she would also focus on education, using her background as a teacher and principal to help the state’s education system.

From a position in Tallahassee, Donnally said she would aim to open a dialogue about education and work with the local school board and educators. She noted that last year the legislature put $1 billion back into education. “I think that was a great first step,” she said. “Let’s increase revenue so we can give them more.”

Regarding proposed amendments to the state constitution, Donnally said she was concerned about Amendment 5, which would allow the legislature to overturn Florida Supreme Court rulings by a simple majority. “I would not feel comfortable with that much responsibility,” she said. “It would give the legislature too much power.”

But she supports Amendment 8, which would allow taxpayers’ money to go to religious organizations, such as religious schools.

She said that in her experience with private religious schools, she learned that some students benefit from a different learning environment, and increased financing could allow students who need extra attention to attend private school.

“Not every student learns the same. If a parent has a child in school, they should have the right and ability to choose to go somewhere else,” Donnally said. “Some of these students have small disabilities, and we are taking a burden off the public school system.”

Ultimately, Donnally said that voters should choose her because she will work hard to help get residents back to work.

“I think people are concerned about the economy,” she said. “This is not a blue or red election. It’s a green election. It’s about dollars. I will see that, by cutting regulations and reducing taxes, we will get business back in Florida.”