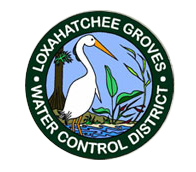 The Loxahatchee Groves Water Control District Board of Supervisors began the process Monday to find a replacement for 15-year District Administrator Clete Saunier.

The decision brings to a close a growing dissatisfaction on the board with Saunier’s decade-old contract, which some members believe has grown too expensive.

The board decided to work on a temporary contract with Saunier, to replace his existing contract that expires Nov. 14. The temporary agreement would extend his time for 60 days with a possible 30-day extension in order to give the board time to advertise for and select a replacement.

Saunier’s 2003 contract was for $80,000 a year with an automatic 3 percent annual increase each October, plus benefits. Nine years later, that has translated to a base salary of approximately $122,800, which rises as high as $176,000 once benefits are included, according to various district sources.

Supervisor John Ryan recommended several changes to a proposed contract before the board for consideration, adding that he thought the contract being considered was radically different than they had prepared immediately after a workshop.

LGWCD Chairman Dave DeMarois said it would require several hours for him to consider all of Ryan’s proposed changes. Supervisor Frank Schiola said the contract had to be resolved that evening, no matter how long it took.

Supervisor Don Widing did not believe it should take long. “I appreciate everybody’s work, but I thought the direction the board took was pretty clear,” Widing said. “I think we could toss this thing around for five days if we wanted to. But I personally think there has been ample time… It’s not that complicated.”

Widing said he felt they were at a pivotal point, being on the verge of Saunier’s contract expiring. “I think tonight we need to make a decision on what we’re going to do one way or the other,” he said. “My expectation coming into this meeting was that there was going to be a final or near-final proposal.”

LGWCD Attorney Mary Viator said legal staff had tried to draft a contract that followed direction from the board to keep it simple, but was also clear and responsible, while addressing issues such as level of pay.

“Not all the terms have been finally discussed with Mr. Saunier, and there still is an issue with regard to the numbers, the financial aspect,” Viator said, explaining that she wanted the board to have the information prepared to that point, including supervisors’ comments. “We thought it very important, Mr. Ryan did prepare comments, he had good comments and we wanted to be sure those comments were provided to the board.”

Ryan said he was unhappy that the proposed contract board members had received Oct. 31 was so different from the Oct. 5 copy that had been prepared right after the workshop.

“We’ve been messing around with this contract for months, and we’ve extended it twice, and I just don’t feel that we should keep going back and forth,” Ryan said. “It’s time to fish or cut bait, and I think that we need to discuss what we need to discuss, but I don’t want that contract draft to be the basis of our discussion. That’s like saying the workshop didn’t matter, and I think that’s wrong.”

Ryan said his proposed changes were based on comments made at the workshop and fitting compensation within the $150,000 parameters that had been set for Saunier’s total compensation limit.

He then took Viator’s Oct. 5 draft of the proposed contract and tried to merge that information. “I think that’s a draft that was more loyal to the workshop discussion,” Ryan said. “That was the whole purpose of the workshop. I’m ready to say let’s accept Clete’s resignation if he can’t be dealing with what was discussed at the workshop.”

Schiola said they had spent two meetings and a workshop talking about the contract.

“Things were voted on, we all agreed to it, with a cap of $150,000 in benefits and salary,” Schiola said. “It has been going on for two or three months now, and now we’re right back where we started. Tonight, I was under the assumption that Mr. Saunier was going to give us a ‘yes’ or ‘no’ answer.”

Widing asked Saunier whether, with a maximum cap of $150,000, he would be willing to accept the contract.

Saunier said the district has undergone dramatic improvements in the 15 years he has been there. “When I came in, I saw a lot of potential,” he said. “I saw meaning, value and purpose in this place, that I would have an opportunity to make an impact and change. I saw potential to change things that would radically change the lives of the residents and improve the lives of the people in this community. I saw canals choked over with vegetation.”

He recalled a tropical storm coming through in his first year at the district, after which everything was flooded. “It was worse than Isaac because none of the canals were functioning,” Saunier said. “We stayed underwater for weeks.”

Based on what he was hearing from board members, Saunier said an agreement probably could not be reached.

“Based on what I’ve seen in this draft form agreement, there is really nothing I see in it that would convince me that the existing terms of my current agreement should be changed,” he said. “Therefore, I would ask that the existing contract that I have continue in full force until it expires, and whatever the outcome of that at the end of that termination, that would be a severance clause, and move on.”

Saunier added that if there was a need for him to remain after Nov. 14 under an interim agreement, he would, while a new person takes over. “I want you to know that I have appreciated working here for 15 years,” he said. “It has been a hard decision because of that, but I think that based on what I’ve seen here up until this point, there’s opportunities out there that provide me more meaning and value and purpose.”

Widing made a motion to set a special meeting for Tuesday, Nov. 13 at 7:30 p.m., the day before Saunier’s contract expires, to discuss parameters of a temporary agreement with Saunier, and how to advertise and develop a contract for a new administrator. The motion carried unanimously.