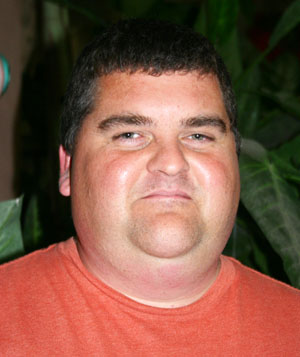 McLendon, a leader in the petition drive to force the repeal of the council’s approval of a Palm Beach State College campus on Southern Blvd., moved to Loxahatchee Groves in 2006 with his wife and family. He breeds exotic birds on the 5-acre lot where they live.

“I started breeding exotic birds back when I was a teenager,” said McLendon, who is now 38.

McLendon also owns and operates a company that does computer-controlled air-conditioning for commercial buildings.

McLendon became involved with town government during the development of its unified land development code. “I had a problem with one of my neighbors who was very vocal and didn’t want my birds next to their house, so I was instrumental in trying to guide the ULDC as to what would be fair to everybody,” he said.

Today, McLendon believes the town codes are too strict and are being applied subjectively to certain people. “Certain people seem to be exempt from these codes,” he said.

McLendon feels that he is a better choice for councilman because he is willing to listen to the people and go by what the majority want.

“My opponent does not want to allow people to vote,” he said. “He doesn’t welcome input at the council meetings. He says that we’re an audience, but an audience is somebody who watches a play and doesn’t interact, and that’s not how it should be. Public input should be open, and decisions shouldn’t be made before the meetings start.”

McLendon said his top accomplishments include going out and speaking to more than 300 residents during the college petition drive. “I have a good grasp as to what a lot of people want in the community,” he said.

McLendon is also proud of bringing to light a state statute that exempts farm structures from the town’s code, alleging that the code was being enforced illegally.

“My accomplishment is I have taken a burden off of code enforcement, and a big burden off of people out there who have farms with farm structures where they are exempt from the codes,” he said. “That’s probably going to cut out 50 percent of code violations. Right now we are spending probably $60,000 a year for code enforcement.”

He lists the top issues of the campaign as the college campus, town expenses and subjective code enforcement. He believes residents should have the right to vote on the college. “My opponent doesn’t feel the people should,” he said.

He was also critical of Rockett’s son, who opened a landscaping business in violation of the code. “Somehow all of those things are OK as long as you’re in the clique,” McLendon said.

He believes the relationship between the town and the Loxahatchee Groves Water Control District should remain as it is for now, with the district remaining independent. “The town itself is still an infant and has a lot of growing to do and has a lot of problems to work out,” he said. “It’s simply not the time to take on another government entity.”

Asked whether there are services not provided by the town that should be, McLendon said he supports more horse trails.

“The million and a half that has been set aside for a town hall should be set aside for horse trails,” he said. “That’s going to directly help a tremendous amount of people out here.”

He envisions Okeechobee Blvd. as a two-lane, divided road with lots of trees, which would calm traffic and be more pleasurable for motorists. However, he’s not sure the town will have much say in the matter. “The county is going to come through and do what they want to do,” McLendon said.

Asked whether the town can intervene, he said: “No, not if the county acts the way our local government does. If the county actually listens to the people, then yes.”

McLendon thinks the town’s management company is doing a good job but warned that costs have been increasing. “I think they are a professional organization,” he said. “I don’t think that they are controlled by a select few people like was anticipated. I think they have allowed costs to get out of control. It’s in their best interest to increase government. It’s in the residents’ best interest to decrease government.”

He was critical of the town for not spending its gas tax revenue efficiently. “There are a lot of drainage improvements that the water control district has said for years that need to be done, and they just didn’t have the money,” he said. “Now we’ve got this pile of money sitting there, and it’s not being used.”

McLendon believes that the college campus will promote faster development. “I’m afraid that we’re going to have the need for affordable housing,” he said. “Our town right now is a rural lifestyle. We’re not like West Palm Beach or Wellington or Royal Palm Beach.”

While he does not support the campus, he said it could be more palatable if access were only from Southern.

“Everybody keeps trying to say that Palms West Hospital didn’t impact the traffic in Loxahatchee Groves,” he said. “The difference between the two is that one is encapsulated and the other is not. The college is going to have direct access to B Road, which leads directly into our town.”

The petition submitted by the initiative committee was recently deemed insufficient by the town, but McLendon believes there will be a referendum even if they have to hold another petition drive.

“I think the referendum will happen,” he said. “It will not happen without a lot of opposition. If we have to go out and do it again, we’ll do it again. Going around and collecting the signatures, probably 80 percent of the people felt we incorporated to preserve Loxahatchee Groves. The college is clearly not preserving Loxahatchee Groves.”

Although he is personally opposed to the campus, he said he would follow the determination of the referendum if it came out in favor.

Some people have said that McLendon is a one-issue candidate. He partially agrees. “It’s almost a true statement, but it’s not in regard to the college,” he said. “It’s in regard to time and time again, the council doesn’t do what the people want. They represent a small group of people instead of the community as a whole.”

McLendon thinks his election might sway the balance on the council. “Right now, there’s a group of three people making all the decisions behind the scenes,” he said, referring to Rockett, along with councilmen Ryan Liang and Ron Jarriel.

McLendon has also criticized road policy, including grading on private roads and the recently paved letter roads, which included speed humps of which he was particularly critical.

“I’m very unhappy with the speed humps,” he said. “I went to the workshops when they proposed to do the four segments. I asked, ‘Are we going to get speed humps like we did on F Road?’ I was told by [former LGWCD District Administrator] Clete Saunier, ‘Absolutely not, those were done incorrect, we’re not going to get speed humps like that.’ My second question was, ‘Are you going to sod the side of the road that’s not having paving placed on it, or seed it?’ ‘Yes, we are.’ Both of those were bald-faced lies.”

He said the speed humps are dangerous because they are rated for only 25 miles per hour by the engineering specs, but the speed limit is 30.

McLendon said his vision for the future of Loxahatchee Groves is to preserve and protect it, which he said was the purpose of incorporation. He added that residents should vote for him because he wants to listen to the people and not be self-serving.