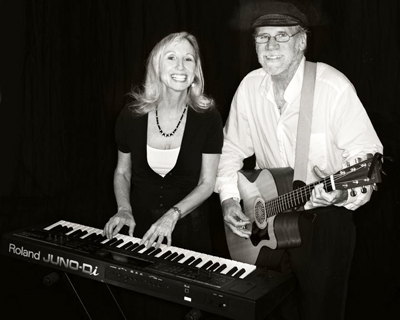 Woody Guthrie, dustbowl refugee and father of Arlo Guthrie, would have turned 100 years old this year. Concerts in celebration of Woody, his songs and his life are being held all over the country.

This unique concert will take place at the Lake Worth Playhouse. There will be a 2 p.m. matinee and a 7 p.m. evening concert. Tickets are on sale at the playhouse (713 Lake Avenue) or through www.lakeworthplayhouse.org. Discount prices are available with advance purchase. Full price will be charged at the door.

Woody Guthrie wrote over 3,000 songs in his short life (1912-1967). Best known for “This Land is Your Land” and “Union Maid,” his songs recorded the history of this country as it happened. His prolific pen poured out so many songs, many are still being discovered. From his children’s songs that are still sung to the songs of working men and women, migrant workers, the environment and the dustbowl, Woody is as relevant today as he was in the 1930s, 1940s and 1950s.

Woody traveled the country from coast to coast hopping freight trains and working in the fields with Okies and migrant workers. He performed on the radio, hobnobbed with New York intelligentsia, performed with Pete Seeger, the Almanac Singers, Leadbelly, Cisco Houston and scores of the leading performers of the era. Bob Dylan made pilgrimages to Woody’s bedside as he lay dying, learning his craft at Woody’s feet. Rambling Jack Eliot was also among his many disciples.

The full theater production of “Woody Guthrie: 100 Years of Song” has been scripted by Joan Friedenberg and Bill Bowen (PinkSlip). Appearing with them on stage is narrator Charlie Birnbaum and performers Suzanne Cannon, Rick Cohen, Scott Goldblatt, Kat Mahoney, Ginny Meredith and Tracy Sands. All have active duo and solo careers throughout the region.

This concert will see them on stage throughout the entire performance showing their vocal virtuosity with killer harmonies, and instrumentally with guitar, banjo, fiddle, mandolin, keyboard and flute.

Concert ticket holders are invited to a reception in-between the matinee and evening concerts with the performers at Clay-Glass-Metal-Stone Gallery. South Shores Tavern will be offering 15 percent discount on meals all day with proof of concert tickets. Posters and concert CDs will be available at the Lake Worth Playhouse and Clay-Glass-Metal-Stone Gallery for purchase during and after the concert.