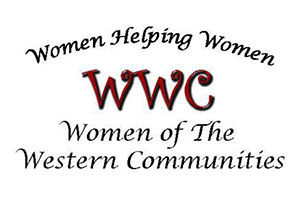 Women helping women is what the Women of the Western Communities is all about. The organization has been giving back to the community for more than three decades.

In order to continue helping other women in need, the Women of the Western Communities will host their annual fundraiser themed “Fun in the Sun: A Journey Through Florida” on Sunday, May 5 at 11 a.m. at the Wanderers Club.

The luncheon event will feature a 45-minute medley performance by the award-winning, female a cappella chorus Women of Note. The event is open to the public and includes food, a silent auction, a Chinese auction and a raffle.

The goal of the event is to raise money for the club’s primary charity, the Mary Rubloff YWCA Harmony House, a safe house for women and children who are victims of domestic violence and abuse. The fundraiser will also support the WWC scholarship fund. Grants are awarded in June to deserving local high school seniors.

Women of the Western Communities President Mair Armand said the luncheon is one of the group’s biggest fundraising events of the year. “Our annual May fundraiser is our last one of the season,” she said. “We always have some type of fundraiser every year to benefit our final monetary donation to the Harmony House and our scholarship fund.”

Last year, the group awarded five scholarships to young women from the western communities. “That was a fantastic feeling, as far as I’m concerned,” Armand said. “I believe the more educated a girl is, the less likely she is to end up in places like the Harmony House and in an abusive relationship.”

Armand is hoping that the club will exceed last year’s scholarship amount this year. “It all depends on how well we do at this event,” she said. “The more money we raise, the more scholarships we are able to award. It’s all contingent upon people coming out to the event and supporting us.”

The fundraiser theme varies every year, with past themes ranging from Breakfast at Tiffany’s to the Kentucky Derby.

Having the Women of Note perform a live show is an integral part of “making fundraising fun” — one of Armand’s key initiatives.

Armand said she knew that she had to have the Women of Note perform for the group as soon as she heard them sing. “I’ve been to one of their practices at Palm Beach Central High School, and I was blown away by their performance,” she said. “They sang Over the Rainbow and Cabaret, and were impressive.”

This year is the perfect time to have the Women of Note perform at one of the Women of the Western Communities events. “They were previously based in Boynton, but recently moved out to the Wellington area and are now based here,” Armand said. “They also represent a group of talented, dedicated and amazing women, who coincide with what we stand for.”

Tickets to the May 5 fundraiser are $45 per person and attendees must RSVP by May 1. The Wanderers Club is located at 1900 Aero Club Drive in Wellington. For more information, call Armand at (561) 635-0011 or e-mail Carol O’Neil carol.oneil@wwc-fl.com.