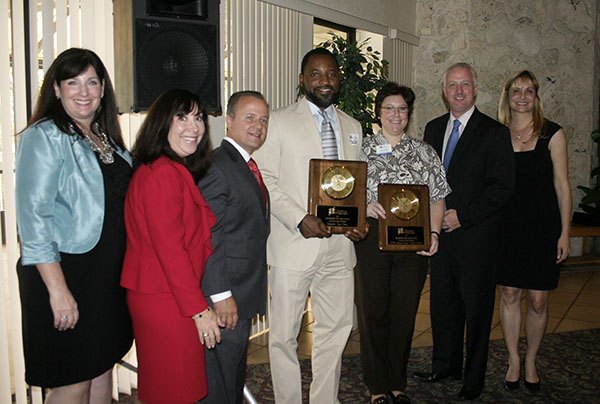 Pafford, who sits on the Health & Human Services Committee, focused on what didn’t happen in the legislative session — specifically the contentious issue of healthcare expansion.

“The Florida Senate and the governor basically came to the conclusion that the state needs to expand healthcare, by drawing down $51 billion and covering 1.2 million people in Florida currently not covered under the Florida Medicaid system,” Pafford said. “Right now, if you are covered, you need an eligibility requirement of 22 percent of the poverty level, which means as a parent with a child, you have to make $3,500 annually. That means that anybody making more than that is not covered and is paying directly. You’re paying through the nose.”

Pafford said the Florida House refused to act on the bill, although he thought their arguments made no sense.

“At end of session, we have a Senate plan that I’m assuming would have been signed by the governor that drew down $51 billion and would cover 1.2 million people to 138 percent of the poverty level. Many would say this makes sense. The end result is we ended session and you are going to pay higher penalties if you have a business that has more than 50 employees.”

Berman said this year was the first in six years that the legislature had a surplus of money.

“The last few years it has been cut, cut, cut, and it has been awful, but this year was wonderful because there was finally some extra money in the budget,” she said. “Because of that, we were able to give raises to the teachers, we were able to give raises to state employees and we got a lot of really good projects in the budget for Palm Beach County.”

Some of them, such as financing to start construction of the Palm Beach State College campus in Loxahatchee Groves, were vetoed, but some good projects got through, including Everglades restoration, building roads in the Glades and money for the Florida Atlantic University Medical School.

“It wasn’t as negative as in past years,” she said. “For the last two years I voted against the budget, but this year I voted for the budget, so I was really proud of that.”

Berman, a member of the Finance & Tax Subcommittee, said she sees many of the business proposals that come through. “There weren’t as many business proposals. There was a lot of discussion about funding stadiums and teams and things like that, and that ultimately did not go through,” she said.

She said one program discussed would have built another spring training baseball stadium in Palm Beach County. “The feeling is that if you can have stadiums that are close together, then the teams will practice together and we’ll be able to keep the teams,” Berman said. “We’ve lost a lot of our spring training to Arizona, and this is one way that we’re going to try and compete and keep our teams here.”

Berman was glad that a ban on texting while driving passed, although it was not a strong piece of legislation.

“I’m sure all of you are aware that up until now, there has been no ban in Florida on texting while driving, and that’s why you see some pretty bad things happening out on the road,” she said. “Unfortunately, we do things in baby steps, so it’s considered a secondary offense. You have to be stopped for doing something else, driving erratically or an accident, before they can give you a ticket, and the ticket is only $30.”

The legislature also passed a comprehensive education bill that Berman said will create two tracts of high school diplomas in the state, a vocational and a college-bound diploma. “It’s really a positive step forward, because unfortunately we have a very low graduation rate here in the state, and we have a fair number of kids who drop out,” she said.

Clemens agreed with the others that the legislature did not really do much to help businesses during the last session.

“Frankly, when we’re in Tallahassee for those two months, that’s the 60 most dangerous days in Florida, so sometimes us not doing something is actually good for all of you,” he said. “I know when you run your businesses you need stability and you need to know what to expect, so when the political pendulum shifts from time to time and things go in a different direction, it’s hard for all of you to keep track of what’s going on.”

Clemens said one positive thing done the past session was reviewing many tax-incentive programs.

He pointed out that one of the big losers for lack of control was the failure of Digital Domain in West Palm Beach.

“I would expect that next year we’re going to be taking some of those up, so you want to keep your eye on them, especially if your business benefits from any of those tax incentive programs,” Clemens said.

Clemens, who sits on the Ethics & Elections Committee, noted that the legislature loosened voting laws to make it easier for people to cast their ballots. “We all had the issue where we had to stand in line last year to wait to vote, sometimes as long as six hours,” he said. “We all know that’s just wrong. Nobody should have to wait in line six hours to vote in the United States of America.”

Changes included giving the supervisors of elections more flexibility to be able to increase hours and to have more sites available for early voting.

The legislature also put a limitation on the wording of referendums on the ballot to 150 words the first time around, although there is no limitation if the Supreme Court rejects the initial language and it has to be redrafted.

“If the legislature decides to put 11 items on the ballot again, there still is an opportunity for those things to run on and on and on,” Clemens said. “I think it’s completely unfair to have confusing items on the ballot that last 300, 400, 500 words, and expect the average voter to be able to digest them in a short amount of time.”