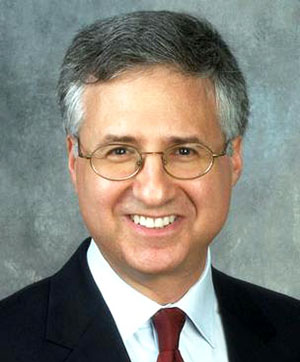 During commissioners’ comments at the end of Tuesday’s Palm Beach County Commission meeting, Mayor Steven Abrams (above) asked his fellow commissioners to let county staff investigate the possibility of having the Palm Beach Clerk & Comptroller assume the functions of the Office of Inspector General.

The county is looking for alternatives to calculating the amount allocated to the OIG. Currently, the county uses the Local Government Electronic Reporting (LOGER) program for that purpose, which is one of the key issues of a lawsuit brought by 14 municipalities objecting to the OIG funding.

A funding method of 0.25 percent charged on vendors’ contracts, which is the original stipulation of the ordinance creating the OIG, has also been criticized because it allegedly does not raise sufficient money for the office, although the rate can be raised.

“Does anyone have a problem with having them look into that and bring that back along with the special taxing district research?” Abrams asked.

Commissioner Shelley Vana said she favored the idea. “Actually, many moons ago, I suggested something similar and got in a lot of trouble, but I think that would be a good thing to look at,” Vana said.

Commissioner Paulette Burdick said she understood that the grand jury report that led to the creation of the OIG had recommended against the clerk/comptroller assuming the role because of a potential conflict. “I think it’s great to be looking for answers,” Burdick said. “I’m not sure if that’s the answer.”

Abrams acknowledged the grand jury’s opinion but said he thought staff could research a way around the conflict-of-interest question.

“The grand jury didn’t mention a special taxing district, either,” Abrams said. “These are all long-term issues, and ultimately it’s resolving the current lawsuit that’s going to keep us on the path that we desire.”

Vice Mayor Priscilla Taylor asked whether the OIG would have its present staff if it were under the clerk, and Abrams said he thought Palm Beach County Clerk & Comptroller Sharon Bock would be the first to say that she would need additional resources if she assumed the function.

“That would have to be researched, but I would assume she would need more resources to incorporate that function,” Abrams said. “She already has an audit function and an inspector general in her office, but it would obviously need to be expanded quite a bit.”

Abrams added that he did not see Bock herself being the inspector general, but rather, the OIG being a function within her department.

Commissioner Jess Santamaria said he thought the idea conflicted with the 2009 grand jury recommendation, which was for an independent office.

“Recommendations were made in a very thorough report,” Santamaria said. “It was discussed at length by the then-commissioners, in multiple meetings with public input. After all this extensive review and discussion by the commissioners and the public, the commissioners unanimously decided to follow the recommendations of the grand jury. One of those recommendations was clear, that the funding would be done for the one-fourth percent vendor fees. That was also thoroughly discussed over numerous meetings and public input. We actually improved on that and said should the one-fourth percent be short, we could go up a little bit more.”

Santamaria pointed out that in a referendum, voters overwhelmingly approved extending the power of the office to the 38 municipalities.

“This was one example of strong public support for the Office of Inspector General and the funding,” he said. “The public was made to understand that the funding would be from the vendors. More than 72 percent strongly supported the recommendation of the grand jury… so to me that is very clear what the mandate of the people who put us in office wanted. Let us do what our voters, our constituents, have repeatedly told us they want. It is as simple as that.”

“Agreed, it is as simple as that,” Abrams replied. “That’s why we are doing what the voters have voted to do, although we don’t fund through a quarter-percent, we fund through the LOGER system, so I guess somewhere along the line this board didn’t precisely follow the voters.”

Abrams pointed out that Inspector General Sheryl Steckler supports the LOGER approach to finance the office. “That’s the point: We now have the experience with the operation of the office with the budget issues, and we’ve heard from many people that they weren’t necessarily aware of all the financial implications,” he said.

Abrams added that there are now lawsuits in which the independence of the OIG has come into question, and it might be appropriate to look for a longer-term solution to maintain the independence and accountability of the OIG. “To improve the operation of the office, it would be my intent that if we move to another format, special district or possibly [the clerk/comptroller], it would go to the voters,” Abrams said. “The voters approved the setup that has been established now, and if there were a fundamental change, that would have to be approved by the voters as well.”

Taylor reiterated that Abrams’ call is just for a study. “We’re going to take a look at it, the possibilities, and it still will go back to the voters,” she said.

Vana said she thought it would be irresponsible to think they were going to force a method that did not work.

“We may lose [the lawsuit],” Vana said. “I hope we don’t, but it’s a possibility. We could lose, and we can’t just stamp our feet and say, ‘It has to be our way or the highway.’ We have to have some backup plan. I’m happy to look at all the options.”