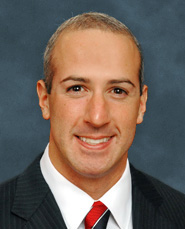 State Sen. Joseph Abruzzo (D-District 25) said he was happy to have been able to vote for the state budget for the first time since he was elected to the legislature, during an update he presented Thursday, July 18 to the Royal Palm Beach Village Council.

“This was one of the best sessions I have ever been privileged to be a part of since being elected to the legislature in 2008,” he said. “For the first time, I was able to vote affirmative for the budget. Our budget overall is about $74.1 billion. It does not raise any new taxes or fees. We set aside over $2 billion in reserve, and we had one of the largest increases for our education budget that we’ve seen in decades.”

Abruzzo said he felt a far more bipartisan vibe in the Senate.

“We started out putting party labels aside in the Senate,” he said. “Both Democrats and Republicans were able to have input and truly work on the budget.”

The legislature also approved increases in the education budget for Palm Beach County, which was put in a good position for education when he and State Sen. Maria Sachs (D-District 34) were placed on the Appropriations Subcommittee on Education.

“It’s a great thing for our community to have two senators from one region on that committee, and we were able to deliver some really good money back to our public schools.”

Funding for Palm Beach State College’s fifth campus passed the legislature but once again fell short with the governor’s veto. “For the third time, the governor did veto that money, but we’re never going to give up,” Abruzzo said. “We’re going to keep fighting.”

Bills that Abruzzo filed personally that passed include a law terminating parental rights for rapists. “Many people can’t even believe that this was the letter of the law when I bring it up,” he said. “Prior to our law passing, if a woman was raped and a child was conceived, the rapist had every right to that child as any other father.”

Under the new law, if a woman is raped, the father/rapist will not have a right to that child. “When you run a piece of legislation like that, a lot of people come out to tell their personal story,” Abruzzo said. “It has really helped out a lot of women throughout the state, and I’m really happy that that passed.”

Another bill he championed enacted stiff penalties for gang members trying to recruit on school campuses.

“One area that I took a really hard look at this session was gang problems throughout our state,” he said. “We all know that Florida is a gateway to smuggle in illegal narcotics for the rest of the nation, and because of that, we have much higher gang activity than some of our neighboring states.”

Meanwhile, gang recruitment is turning to younger and younger children.

Bills he plans to file in the coming session include a cat and dog no-kill policy for animal shelters.

“I passed another law that has to do with reporting of municipal and county animal shelters,” he said. “This will be a precursor to a no-kill bill that I am filing. Some counties throughout our state have no-kill policies in place… They are mandated to call a certain number of government-approved adoption agencies to see if they want to take that cat or dog.”

Other significant bills passed this year include a texting-while-driving ban, which Abruzzo thinks could have been stronger. “At best, the only good thing I can say about it is that driver’s ed teachers will be able to tell students that it is illegal, but it is a secondary offense and it’s very, very hard to enforce,” he said.

The Senate passed a much stiffer texting-while-driving ban, but it got watered down in the House, he said, explaining that State Sen. Nancy Detert (R-District 28) took the lead and will be coming back this year trying to make it a primary offense.

“I, of course, support Sen. Detert’s efforts, but I’m filing one just for our children,” Abruzzo said. “If the legislature doesn’t have the muster to pass an all-out ban for adults, at least let’s do it for our minors on handheld devices as they are learning to drive.”

The biggest issue outside of the budget was the implementation of the Affordable Care Act, which did not happen.

It was an amazing thing,” Abruzzo said. “After years of being up there, the Republican Party fighting Obamacare, as it’s called, we started this session with the Senate president supporting it, the governor, who was the first governor in the nation to come out against it, saying, ‘You know what? After taking a look at it, we need to accept the money.’ It’s the implementation bill to accept $51 billion, ultimately.”

He said the Senate, led by State Sen. Joe Negron (R-District 32), passed the bill 39-1 with hardly any debate. “We sent it to the House, long battle, did not pass in the House, so we here in Florida are one of the few states that do not have an implementing bill,” Abruzzo said. “Year one, we are going to be missing out on quite a bit of money. The governor may call us into special session. If that occurs, I, as a senator, will go up. We’ll pass Negroncare. We’ll be there five minutes at best. The House is where it’s going to be battled out… It’s really the speaker who has a problem with it, and that has been the entire holdup.”