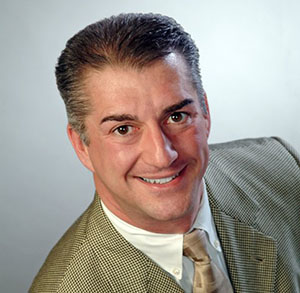 In an effort to “pay it forward,” a local landscaping and maintenance company recently donated its services to refurbishing the grounds of Equestrian Trails Elementary School in Wellington.

When Seacrest Services learned that parents from Equestrian Trails were trying to raise money to spruce up the school’s outdoor areas, company officials readily agreed to take on the project, Business Development Manager Paul Licata said.

Licata believes that parents shouldn’t have to raise money for something like the landscaping improvements. “It was the neighborly thing to do,” he said.

Seacrest maintains the Olympia neighborhood, which is adjacent to the school. It was an Equestrian Trails parent and Olympia resident, Silke Kiesewetter, who first approached Olympia’s homeowners’ association about allocating funds to enhance the school property.

The HOA didn’t feel it was appropriate to use funds outside the community, explained community official Alex Theodossis. But the idea of approaching Seacrest ended up being the right solution for everyone.

It took an eight-man crew about three days to complete the project, including fixing the irrigation system, which was the biggest challenge, then removing some dead plants and replacing them with new ones, Licata said.

It took a day to fix the irrigation system to operate at 100 percent, which is key to keep gardens growing, he said. The team also spruced up the school’s butterfly garden.

“We basically gave it a facelift,” Licata said. “It looks new and vibrant. We gave it a ‘pop.’”

Equestrian Trails Principal Michele Johnson couldn’t be happier about the outcome of the project.

“This positive change to our landscaping has turned our courtyard area into an oasis that the children can enjoy every day, as they eat lunch outside and participate in our many outdoor events,” she said. “The butterfly garden will attract even more beautiful butterflies, and it already looks amazing.”

Seacrest wrapped up the project at the end of last week. It will be unveiled to the public on July 30. The school is located at 9720 Stribling Way in Wellington.

“Without the generosity of Seacrest Services, which donated all the materials and labor to create this environment, this project could not have been accomplished,” Johnson said. “In this day and economy, it is refreshing to have a business show such an interest in our students and to invest the time and money it took to make our school beautiful. It is unquestionably the most generous contribution our school has ever received.”