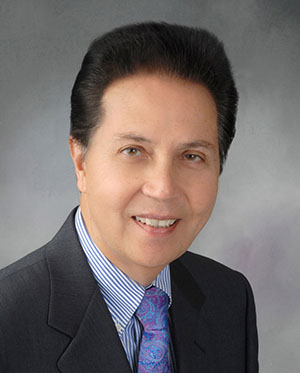 Palm Beach County Commissioner Jess Santamaria has mobilized a flooding task force to address drainage and weather issues that appear to be cropping up not only in Palm Beach County, but nationally.

“I would say next to the inspector general, my highest priorities are flood prevention,” Santamaria told the Town-Crier on Tuesday. “Every time I watch TV, what’s happening in the Midwest, what’s happened in New Jersey during Hurricane Sandy, and I’m reminded of New Orleans, and I’m thinking that could happen right here. It could cost lives and billions of dollars in property damage. That has got to be a priority for us in the western communities.”

He pointed out that flooding is a crucial issue not just in the western communities, but in other areas of the county, too, such as Delray Beach, which also had flooding recently.

In addition, Santamaria is concerned about the condition of the Herbert Hoover Dike and rising water levels in Lake Okeechobee. The U.S. Army Corps of Engineers activated its emergency operations center last week in response to the high water level, which stood at 15.82 feet on Wednesday and has been rising an average of 6 inches per week.

“If the levees break, it affects not only the Glades, but other areas as well,” he said.

Tied into the issue is the J.W. Corbett Wildlife Management Area berm, which threatened to give way after Tropical Storm Isaac last year. Money has been set aside on the state level to strengthen the berm.

“I think we had something to do with the governor approving the $4 million for reinforcing the Corbett berm, so that is a good thing,” Santamaria said. “We know the potential damage from floods because it happened last year.”

Too often, he said, the county gets caught up in small issues and ignores the larger ones. “This is something that could be serious, and even if it’s only a 5 percent chance, it’s 5 percent too much,” Santamaria said. “I’m not going to take any chances.”

Santamaria said he is trying to unite the community on a common goal, starting with a task force of residents.

He said the idea grew out of meetings he had after Isaac. That is when he began meeting with Acreage residents, including Patricia Curry, Anne Kuhl and Alan Ballweg, to monitor agencies such as the U.S. Army Corps of Engineers and the South Florida Water Management District.

One immediate goal is to speed up the process of turning Mecca Farms into needed water storage. The county recently agreed to sell Mecca Farms to the SFWMD. Santamaria wants to get them to close on the property and begin working on water storage there for people in The Acreage.

“They need more outflow,” Santamaria said. “We will be monitoring different agencies, such as the Army Corps, the South Florida Water Management District and the Lake Worth Drainage District.”

So far, about eight people have signed up to take part in the task force on flood prevention, but he expects about 12 people as a starting group to be the nucleus.

“We’ve got to get serious about this, and we’ve got to follow up on the different agencies that are working on it, and give them a bit of a nudge here and there to make sure they are giving every effort,” Santamaria said. “I don’t want to wait for another flood before acting.”

Santamaria said he was able to convince other commissioners two weeks ago to draft a resolution in support of a flood prevention program. A draft was completed by County Administrator Bob Weisman last week.

“I am tweaking it a little bit, and I will submit if for a final vote by all of the commissioners to support flood-prevention methods and a system of monitoring the different agencies, so that each one does what they’re supposed to do,” he said.

Santamaria expects the resolution to be on the commission’s agenda Tuesday, Aug. 13.

“We have to start worrying about this flooding issue,” Santamaria said. “It seems to be becoming more rampant and more frequent.”

Although few homes were actually flooded during Isaac, Santamaria said people should not be stuck in their homes for a week due to impassible roads.

“Right now it’s an inconvenience, but it can be a catastrophe,” he said. “I don’t want to wait for a disaster. I want to do something now.”

Wellington Girls Volleyball Is Ready For The Post-Season