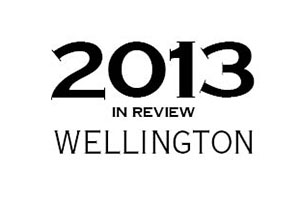 For the Village of Wellington, 2013 was about picking up the pieces of its fractured community. A year for healing, 2013 saw resolutions and compromise for several hotly debated issues, as well as consensus and progress on projects.

Wellington resolved its legal department issues by deciding to hire an in-house attorney, finally settling on former Councilwoman Laurie Cohen for the job. But Wellington council members were thrust back into hot water when talk of firing longtime Village Manager Paul Schofield drew the ire of the community. An independent auditing company complained about the company’s treatment by employees, and a blunder saw Wellington needlessly pay more than $180,000 in taxes on the K-Park property. Ultimately, council members called in an independent consultant to evaluate the village’s issues.

The Equestrian Village site continued to be an issue, but late in the year, Wellington finalized a settlement agreement with site owners, pulling the village out of the years-long legal battle and allowing for expanded uses on the property.

Wellington also continued to carve out an identity for itself in 2013. Council members gave great consideration to what its community would look like, from its town center to the remaining land along State Road 7. Several projects began to take shape, with council members making more decisions about the future of its tennis facility and the K-Park property. They decided just this month to purchase the Lake Wellington Professional Centre, adjacent to the village’s municipal complex.

There were also several policy decisions made, from re-evaluating the village’s permitted business hours to taking another look at the use of recreational vehicles in some parts of the community. The community also celebrated the opening of the Neil S. Hirsch Family Boys & Girls Club, giving the treasured organization a larger home in Wellington.

At the end of 2012, Wellington was left without legal representation after council members voted to fire longtime attorney Jeff Kurtz. Finding a new attorney was top priority for the council in 2013, but first it had to decide whether to stay with a contracted attorney or create an in-house legal department.

Council members hired an independent firm to evaluate the costs of both options, and in late February, the firm released a report pointing to in-house legal counsel as the less expensive long-term option for Wellington. In March, council members voted to bring the position in-house, and the search for a new village attorney began.

After negotiations with council members’ first choice, Don Dufresne, broke down over salary and benefits, council members turned to former Councilwoman Laurie Cohen as the top choice. She was hired with a starting salary of $150,000, but the decision caused Councilman John Greene to storm out of a meeting on the issue.

In November, the council agreed to hire an assistant attorney to aid Cohen, expanding its legal department.

In June, Councilman Matt Willhite proposed that council members discuss whether to continue with Paul Schofield as village manager. They agreed to table the item and hire a management consultant to evaluate the issue.

The discussion led to an outcry of support for Schofield from members of the community, who showed up at the next council meeting to oppose any plan to fire Schofield. The consultant met with employees, management and council members and determined that lack of trust and communication has led to division in Wellington. He released his report in August, and council members met that same month to hash out specific issues.

The meeting brought to light several concerns from council members, especially Willhite. Chief among them was a blunder made by an unnamed employee that forced Wellington to pay $183,000 in taxes on its K-Park property because an agricultural exemption was not filed. Cohen vowed in October to fight to correct the mistake and get the village’s money back.

Another issue was a scathing response from an independent auditing team hired in 2012 to evaluate Wellington’s books for waste and mismanagement. The firm spoke at a meeting June 4 and chastised village staff for obstructing the process of the audit, causing difficulties. However, the auditors did not accuse Schofield of being part of the obstruction.

The consultant ultimately brought in Schofield to hash out some of the issues with council members, who opted not to fire him in the end.

In May, a divided council agreed to allow the property owners to refile necessary applications for the Equestrian Village site. In June, Wellington Equestrian Partners representatives agreed to halt litigation and go through the approval process again.

In the meantime, council members approved a special-use permit for the Global Dressage Festival while more permanent plans for the site were being made. The new approvals were heard in the fall by the Equestrian Preserve Committee, the Planning, Zoning & Adjustment Board and, finally, the Wellington Village Council.

Council members approved plans for the site in October, and a settlement was finalized at the council’s Nov. 12 meeting, freeing Wellington from its lawsuit woes. The decision allowed Wellington Equestrian Partners to request the opening of the site’s Pierson Road access, and, later that month, council members agreed to open up that access for trailers and competitors, but only with Palm Beach County Sheriff’s Office deputies to control traffic.

In 2012, Wellington Equestrian Partners backed out of the application process to host the 2018 World Equestrian Games, citing disagreements with the council. However, with improved relations, the decision was made to reconsider an application.

Council members began to carve out plans for Wellington’s future with several approvals largely concerning the State Road 7 corridor and K-Park, but also in its town center.

At a meeting March 12, council members discussed several proposals for the K-Park site, including a horse park with a hotel and other commercial aspects. In June, council members agreed to an exclusive consideration of the Palm Beach Horse Park for the site and entered into a letter of intent to not discuss selling the site to any other organization.

Although the letter of intent was set to expire on Dec. 16, council members voted at the Dec. 10 meeting to extend the exclusivity until its Jan. 14 meeting, giving organizers enough time to review and finalize several documents.

There was also much discussion in 2013 over a proposed stoplight at SR 7 and Palomino Drive. After approving a charter school nearby last year, council members worried traffic might become dangerous without a proper signal at that intersection.

When a medical office in Palomino Park asked to expand, council members tied paying for the light to the approval, drawing opposition from the Palomino Park Property Owners’ Association. At its March 26 meeting, council members agreed to settle for $51,000 toward the light. The council also approved medical use on the nearby Wellington Parc site in July, as well as a daycare center at the charter school.

At long last, the Neil S. Hirsch Family Boys & Girls Club opened its doors in late April, with a VIP grand opening followed by a public celebration. The community came out to support the beloved organization as it expanded its space to help more local children. The club moved from its old home on South Shore Blvd. to its larger, new home on Wellington Trace.

After agreeing last year to rebuild the Wellington Community Center, council members gave more input on what they’d like to see at the site. At a Jan. 11 workshop, council members agreed that the Wellington Tennis Center should have a space separate from the community center. At its Jan. 22 meeting, the council voted to move the tennis center to a new location, freeing up space in the town center.

Residents were invited to speak on the issue at workshops in March, and players largely favored keeping the tennis center in its current location. But at a May 14 meeting, a divided council chose to move the center to a vacant piece of land outside the Village Walk community on Lyons Road.

Late in the year, council members were presented the opportunity to buy the Lake Wellington Professional Centre, located adjacent to the Wellington Community Center. The site would make Wellington a landlord to the many tenants in the center, but the village could choose to use the site for a different purpose in years to come. At a special meeting Dec. 20, council members voted to approve purchasing the property, and it was expected to close by the end of the year.

Following direction from the Palm Beach County Office of the Inspector General, council members set a policy on what purchases constitute a “public purpose” at an Oct. 8 meeting. The new policy allows spending on meals and refreshments for certain events, or under certain circumstances with approval by the village manager.

Council members also debated Wellington’s business hour rules for businesses located near residential areas. After months of discussion, council members agreed in May to allow businesses to open at 5 a.m. and stay open until midnight with outdoor activities allowed only between 6 a.m. and 11 p.m. Any deviations would go before the council for approval.

Plans for changes to allow recreational vehicles in parts of the Equestrian Preserve were sent back to the drawing board by council members in April after they decided the regulations could allow for proliferation of the vehicles.

Wellington also decided to seek opinions from the Florida Attorney General’s Office as well as an election attorney on whether the village can reimburse the legal fees of candidates. The issue stemmed from the 2012 election when Mayor Bob Margolis and Councilman John Greene sought legal representation. They are now seeking to have their fees reimbursed, but council members asked for an outside opinion at a Dec. 10 meeting.