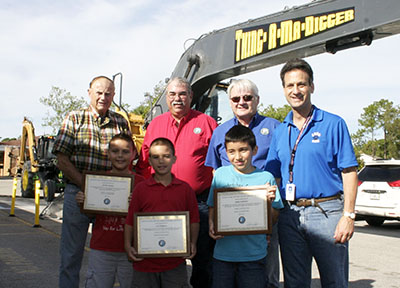 Students at the school participated in a contest to see who could come up with the most appropriate names for the new machines.

LGWCD staff brought the newly named “Thing-A-Ma-Digger,” a long-reach backhoe, and “Grass-Zilla,” a long-reach mower, to the school to display during the awards ceremony.

Jacob Tooker was recognized for naming the district’s long-reach backhoe “Thing-A-Ma-Digger,” while Alex Bonilla and Jordi Cordero were credited with naming the mower “Grass-Zilla.”