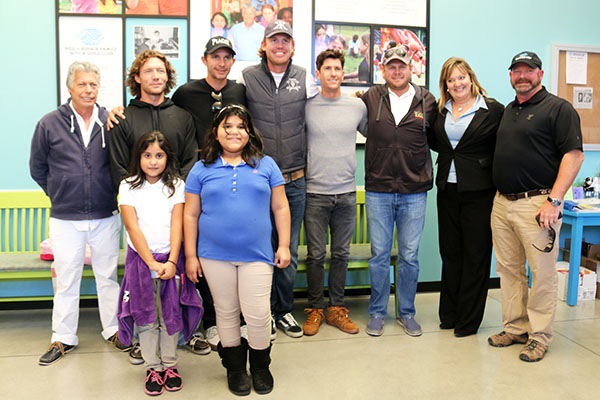 Polo players from the International Polo Club Palm Beach visited the Neil S. Hirsch Family Boys & Girls Club in Wellington on Wednesday afternoon. Hundreds of children enjoyed spending time with the polo players, who took the time to sign polo balls for them.

The special appearance was designed to raise awareness for the Great Futures Boys & Girls Club Polo Day slated for March 15, which begins with a game at the Grand Champions Polo Club, followed by brunch and another game at the International Polon Club Palm Beach, both in Wellington.

Ray Mooney, facilities director for the International Polo Club and a Boys & Girls Club board member, was instrumental in bringing the polo players to familiarize them with the club.

“I wanted to raise awareness of the Boys & Girls Club facility to the polo community,” he said. “I knew they would embrace it, love what they see, participate and really be impressed with the club, all the kids, and what the club does.”

Indeed, they were impressed with the club and all it offers.

“The Boys & Girls Club does so much for the community, and it’s just good to see what’s going on and be in touch with our community,” said Hall, himself a father to two little boys. “It’s incredible to see all these kids — they look like they’re having a great time. I was just telling my wife, ‘What would all these kids be doing if they weren’t here?’”