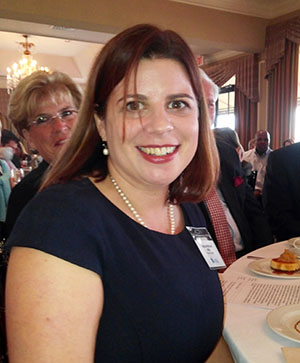 Waltman said NAHU and the U.S. Chamber of Commerce have been advancing issues with Congress and the administration to try to make healthcare reform work more smoothly.

“This year of health reform was really the first full year of health reform implementation,” she said, explaining that some of the parts have been implemented and some haven’t. “Like it or hate it, people have very strong opinions about this law, and I will say this, there’s a lot of policy changes going on in this country, and policy changes of this magnitude don’t come along very often.”

Waltman added that such changes are nearly impossible to undo.

“They are very difficult to undo, so once they happen, and Americans start getting benefits, or systems change and benefits change, even if the law eventually changes, the health insurance marketplace and the structure of benefits have forever changed,” she said. “The whole marketplace has evolved because of this law and will continue to evolve.”

Waltman said the evolution of the law is further complicated by current governmental dysfunction.

“They did just have a big election, and healthcare reform was a big factor in that election, one of many national issues that influenced the election heavily, but the thing is that neither party has a great plan about what to do about it,” she said. “There’s a lot of opinions and thoughts about what they don’t like or what isn’t working correctly, or what they do like and what they do think they want to continue, but they haven’t smoothed out those bumps and worked together on them.”

Waltman also pointed out that neither side has a good alternative plan in place, and that they are not likely to address it because the current lame-duck session is focused more on financing the government so it will not face another shutdown. “They aren’t really focusing on anything health reform-related,” she said. “They’re really only focusing on must-pass bills.”

With the new congressional leadership, she gets a lot of questions about what’s going to happen, whether it might take everything away or change it. “The bottom line is healthcare [reform] is here to stay,” she said. “It may change, but for two years, this is what it is.”

Waltman said the biggest challenge to healthcare reform currently is a court case, King vs. Burwell, and other, similar cases challenging the ability of the federal government and the Obama administration to give out health insurance subsidies in the states that chose not to implement their own healthcare exchanges, where the federal government set up an exchange instead.

“Florida is one of those states,” she said. “There’s 36 of them. Most of the new individual coverage, all of those new millions of people who were insured this past year, minimum 6 to 7 million people, possibly more, have received insurance coverage, and 82 percent of them got it with a subsidy, and the bulk of them got it through federally facilitated marketplace states, and a huge, huge number of them got it in Florida.”

The way the law was passed has caused this most recent hiccup.

“So the question is because the law was passed in an interesting manner — basically they passed a rough draft and there are some mistakes in it — and there is some interesting language in there that is not real clear… [whether] the administration has the authority to give out those subsidies at those exchanges,” Waltman said. “That’s important not only for those millions of people who got the subsidized coverage and have it today, but also important for employers, because how do they enforce the coming employer mandate?”

Waltman said the case will come to a head around March, and the United States Supreme Court will issue a decision in June.

“The thing is, it’s not going to take down the whole law; Congress could fix it in two seconds if they wanted to,” she said. “What it will do if it is overturned, all of those people will have insurance policies, they just won’t have the means to pay for them. It could hit millions of people, so Congress needs to think about this ahead of time, and the states need to think about it, because if you have a state-based exchange, the problem goes away.”

She said that this spring, it will be interesting to see whether Congress takes proactive steps.

“The Obama administration is in an interesting position because they’re saying, ‘Well, what we’re doing is legal,’ but you may see different state legislatures looking into this to say, ‘Should we protect ourselves? Should we try and make a state-based exchange?’ And then you’re going to see Republicans in Congress waiting for this decision because that will give them the opportunity to play ball because they’re going to have to go in and fix this quickly; otherwise the marketplace could be thrown into chaos.”

NAHU is the parent association of the Florida Association of Health Underwriters, and works closely with the United States Chamber of Commerce. Health insurance agents and brokers work with large and small businesses and individuals on their healthcare needs, Waltman said, and most chambers of commerce have an individual who specializes in helping businesses with their insurance.

“Behind every health insurance plan there is an agent or broker who helped design or service that plan,” she said, explaining that that person is usually low-profile unless an employer encounters a healthcare issue. “If you’re not the person and you’re not in human resources or you’re not the owner of the business, you’re not working with them day in and day out to design and service that plan, you probably don’t run into your agent or broker unless you or a member of your family is having a medical issue or claims issue.”

Waltman coordinates all of NAHU’s legislative and regulatory efforts to advance the interests of professional healthcare, including lobbying efforts before Congress and the executive branch. It also monitors the efforts of state legislatures and insurance departments’ intergovernmental organizations.