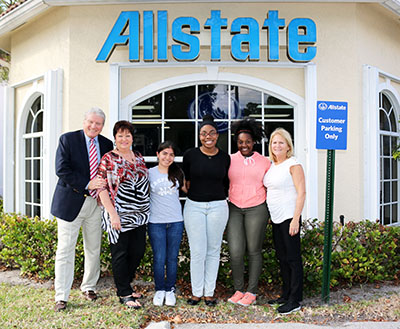 Royal Palm Beach High School’s Students Against Destructive Decisions (SADD) club learned earlier this week that it is a finalist in the Seat Belts Save Challenge.

As part of the national challenge, seat belt checks were conducted at the school in conjunction with an educational element to demonstrate the dangers of driving without a seat belt. Students posted on social media, signed pledges and utilized creative avenues to share their message: Buckle your seat belt.

Those results, in addition to many other programs and innovations spurred on by the dedication of SADD advisor Maureen Witkowski, have led the school to its place in the national top 10.

On Tuesday, the school was notified that in its first attempt at the Seat Belts Save Challenge, it was listed among the top schools, alongside schools in Minnesota, Massachusetts, Michigan, Illinois, South Dakota, Idaho and Vermont.

“We’re the only one from Florida,” Witkowski said. “After we did our video, the woman who was running the contest asked my permission to use our video as a teaching tool, which I loved.”

When the students heard the news, they were very excited. “I always tell them, if you do something, you might as well do it to the best of your ability. I always challenge them to go for everything,” Witkowski said.

Witkowski assigned students to spearhead each of the individual categories that they were judged on, including the kickoff event, the social media campaign, promotion, community outreach and innovative activities.

Now, she said, it is up to the judges to see how Royal Palm Beach High School’s team fared against the others. Results should be available in the next week or two.

“Our big mission was not only to get people to buckle up in the front seat, but also in the back,” Witkowski said. “Anything we’ve done to get everybody to wear a seat belt makes us feel really good.”

Around the school, Witkowski and the SADD students are often approached and told, “I had my seat belt on today.”

Even though this specific challenge is over, Witkowski’s presence serves as a reminder to students.

“It makes them rethink again about wearing their seat belt,” she said. “To me, that’s a good thing. When they think of me, they think, ‘You don’t text and drive, and always wear your seat belt.’”

Allstate has participated in many community outreach programs to increase safety and awareness. In particular, Allstate has found that more than 4,000 teens are killed in car crashes each year, and more than 350,000 are injured. Sixteen-year-old drivers have crash rates that are two times greater than 18- or 19-year-olds, and four times the risk of older drivers, Cavanagh said.

“Allstate has sponsored many programs at the school,” he said, including a recent one in which students pledged not to text and drive. “Any time you can make an impact, even on one teenager’s life, it’s definitely beneficial.”

The video created this week is part of a project to thank Allstate for its efforts. It will be available for viewing shortly.