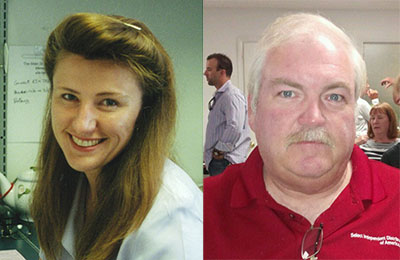 Snowball’s seat is the only one filled by a vote of qualified electors, rather than a proxy vote based on acreage. Qualified electors are registered voters who also own property. The election will be held June 22.

Danowski has lived in Loxahatchee Groves almost 11 years and manages her horse farm on E Road. She also tutors in math and English.

She graduated from the University of Maryland in 1990 with a degree in public relations. Her work experience includes a 10-year span in water control, including the management and repair of pumps, motors and control panels with Sullivan Electric & Pump in Lake Worth.

“I also spent a few years restoring eroded lake banks,” Danowski said, explaining that the process included demucking, creating a gentler slope and planting vegetation to preserve the banks. “I do feel that I have knowledge that could be a breath of fresh air on how to improve our canal system. So much of our agricultural way of life depends on water, and in a general sense, we are wasteful and oblivious to conservation and behaving in a more responsible manner.”

As an equestrian, she supports the development of an equestrian trail system in Loxahatchee Groves, noting an influx of horse people buying ranches in the town since properties are scarce in Wellington.

With land at a premium in Wellington, the next closest community is Loxahatchee Groves, she said. “It’s starting already,” Danowski said. “They’re buying properties that are either distressed or have become too much for older citizens.”

She said these equestrians are going to dress up their properties, which will create revenue opportunities for nurseries and lawn services.

She predicted that the equestrian community will also be the protectors against urban sprawl.

“It is all around us, it is bearing down on Loxahatchee, and we are going to be caught with our britches down,” Danowski said. “I moved out here because it’s quiet. I don’t want kids in their low-riding cars doing hotrod races up and down my road.”

She added that mostly narrow dirt roads and a trail system with improved canals will help keep that element out of Loxahatchee Groves.

“The more that we can protect that by a trail system, by canals that have fish and otters and turtles and gators, which will provide a scenic ride, will bring more equestrians in and promote family values of walks and fishing and bike rides. This trail system is going to be the arteries and veins that hold this community together.”

Danowski added that she is tired of the division, confrontation and lack of continuity between the two entities that govern Loxahatchee Groves.

“I would like to promote betterment for the community,” she said. “I would do that by being a great listener and accept things without emotion.”

Snowball, 50, moved to Loxahatchee Groves 20 years ago from Davie and owns a roofing supply distribution center in Pompano Beach. He and his wife Darlene have two children.

He got involved with the LGWCD board when he was told his road couldn’t be graded anymore because it was deemed a private drive.

“It was like 50 percent of the other roads in the town that are considered private drives as far as the platting is concerned, but they’re really not private,” he said. “They’re public roads. That’s what got me started.”

The issue was discussed for a long time with no solution offered.

“The people on the board knew there was a problem. They knew a solution had to be made because more and more people were bitching about it, so it just went from there,” Snowball said. “The seat became open, and I took it. I ran unopposed because nobody else wanted the seat. I put my name in, and I’ve been there ever since.”

After some bumps and strife, Snowball thinks relations between the town and the district have been pretty good in recent years. He said he is running again to keep moving things forward.

“We’ve got most of the problems handled; we just try to hammer them out,” he said.

He is especially pleased with the interlocal agreement that will allow the town to develop multiuse paths on district canal maintenance easements. “I believe the 10 of us are working well together now, and we’re moving things forward,” he said. “There doesn’t seem to be much gridlock. The gridlock seems to come from the lawyers’ side of it with the way things need to be written, rather than trying to get it accomplished.”

After reaching the interlocal agreement, Snowball said he does not know what upcoming issues will be.

“It should be just business as usual,” he said. “I don’t see any problems at this point.”

With a diminishing amount of road grading as roads are paved and turned over to the town, Snowball said the district responsibilities are returning more to canal maintenance and restoring them to their original state.

“That’s a continuous thing,” he said, explaining that the canals are on a 9-year rotation for restoration.

Snowball said he considered leaving the board due to the discord several years ago, but things have improved a great deal.

“That’s why I want to run again, because I don’t want it to become unstable at this point,” he said.

The Loxahatchee Groves Landowners’ Association will hold a candidates forum on Thursday, May 28 at 7 p.m. at Palms West Presbyterian Church, located at 13689 Okeechobee Blvd.

ABOVE Laura Danowski and Robert Snowball.