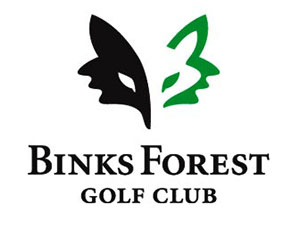 Wellington staff is waiting for its own independent appraisals of the Binks Forest Golf Course property in order to make a recommendation to the Wellington Village Council on whether the village should buy the course.

The council asked tor appraisals in addition to the owners’ appraisal, which valued the property at about $3.6 million. The price being discussed by the council and staff is closer to $3 million, based on the condition of the course.

“As soon as we have those appraisals, we’ll go back to the council with a recommendation,” Village Manager Paul Schofield told the Town-Crier on Tuesday.

Schofield noted that the council needs to know a great deal of information before a decision can be made.

“They wanted verification of our estimated cost to do the restorations,” he said. “They also requested that we do some outreach to residents in the Binks communities and the associations themselves.”

The council discussed funding for a possible golf course purchase during budget discussions, which included a preference for using a bond issue rather than buying the property with cash on hand.

At a Sept. 24 council meeting, Director of Operations Jim Barnes said that he had talked to two appraisers about preparing estimates on the value of the course.

Councilwoman Anne Gerwig asked about the estimated cost to bring the course up to proper standards, and Barnes said that the village’s estimate is higher than the owner’s.

“I’m not necessarily prepared to go to the number that has been provided by the owner, although they do have reputable sources for that,” Barnes said. “We haven’t been able to fully compare their estimates to the estimates that we have.”

Village Attorney Laurie Cohen pointed out that the course has a restrictive covenant that was created by the council when Binks Forest sold its driving range for the development of 96 townhouses. The land is restricted to golf and related facilities, including a clubhouse and other non-commercial recreation activities.

“It’s a covenant that runs with the land, so it not only binds the existing property owner but future property owners,” Cohen said, explaining that the Village of Wellington is the force of the restrictive covenant because it is the beneficiary.

Gerwig pointed out that a release of the restrictive covenant must also be approved by all five members of the council.

Councilman Matt Willhite said he would like to know the status of the planned townhouse development and when the builder plans to break ground.

Vice Mayor John Greene asked staff to reach out to the neighboring communities to get their opinion on the purchase.

“Clearly, they are going to be impacted by whatever decision is made,” Greene said.